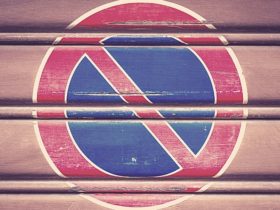 A U.S presidential aspirant under the Democratic party, Michael Bloomberg has indicated an interest in establishing a clear regulatory framework for cryptocurrencies as part of his campaign manifesto.

The manifesto which was published as the “financial reform plan” stated that cryptocurrencies have been ignored despite the phenomenal growth of the industry, which has left room for many fraudulent activities in the industry. Part of the full publication read:

“Cryptocurrencies have become an asset class worth hundreds of billions of dollars, yet regulatory oversight remains fragmented and undeveloped. For all the promise of the blockchain, bitcoin, and initial coin offerings, there’s also plenty of hype, fraud and criminal activity.”

Cryptocurrency so far has not gotten sufficient attention from the U.S government. The president, Donald Trump has openly spoken against cryptocurrencies, saying they are used by criminals and have no intrinsic value. The alleged use of cryptocurrencies by criminals, however, did not drive Trump to put a regulatory framework in place that will ensure the industry is sanitized.

In fact, the U.S government up to now is not comfortable with digital currencies despite the progress that its rival China has made in launching its own national digital currency. It was just recently that the chairman of the Federal Reserve indicated an interest in digitizing the U.S Dollar in order to maintain relevance in the emerging global digital economy. However, the U.S Treasury Secretary, Steven Mnuchin more recently said he shares President Trump’s concerns on the cryptocurrency industry in the country.

Bloomberg is currently the only seemingly pro-cryptocurrency presidential candidate after two others abandoned the race. With his indication of interest in establishing a clear regulatory framework for the industry, the crypto industry in the U.S may finally experience the long-overdue growth it has been waiting for if he succeeds in becoming the president.

Despite its crypto-unfriendly environment, the U.S is currently the largest market for cryptocurrency in the world with a significant number of exchanges, trading platforms, funds, crypto mining facilities, and blockchain-oriented projects.

If not anything, the cryptocurrency community in the U.S has an opportunity to support a candidate who could define the future of cryptocurrency in the country.