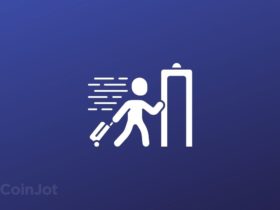 There have been so many conversations going on about how to save our planet from the growing threat of global warming. One widely-known person who has taken up this climate change cause rather seriously is Greta Thunberg. In a bid to help, TRON founder and CEO Justin Sun promised to donate $1 million to Thunberg’s initiative.

Sun’s pledge comes a day after various United Nations Leaders held a meeting in Madrid to discuss how they plan to tackle the climate change menace. However, no particular agreement was reached with the leaders agreeing to delay final decisions to next year’s conference which will be held in Glasgow.

Justin Sun: Crypto Has An Important Role In Saving The Planet

In a tweet on December 18, Tron Founder Justin Sun announced that he will be donating $1 million to help activist Greta Thunberg in her active cause to save the environment. Sun noted that Thunberg’s passion to change the world strikes an immediate chord with him, as a young entrepreneur himself. The TRON CEO tweeted:

In case you didn’t already know, Greta Thunberg is a 16-year old Swedish activist who gained immense fame for calling out world leaders on their failure to take any significant action on climate change. The teenager inspired the Fridays for Future initiative which consists of Friday meetings to raise more awareness about climate change. Moreover, she was recently named as the Person of the Year by Time Magazine over her climate activism – becoming the youngest person to be picked by the magazine.

Justin Sun believes cryptocurrency will contribute significantly towards eliminating carbon footprint in the environment through the decentralized transactions.

The narrative about bitcoin (the Proof-of-Work algorithm to be specific) being bad for the environment is way overblown. A report released earlier this year by digital asset manager CoinShares revealed that 74.1% of all bitcoin mining is powered by renewable energy.

Justin Sun’s pledge to donate $1 million to Greta’s climate change initiative was met with sheer disapproval, with most Twitterati referring to Greta as a “puppet” or “spoilt brat” owing to her aggressive climate change cause and Justin’s role in the crypto space is far more serious than Greta’s campaign.

Some also argued that the donation is a waste of money that could instead be used for more worthy projects, case in point, cleaning oceans and planting trees. Others deemed Sun’s tweet as an attempt to pump the price of TRX by riding on Greta’s growing popularity.

TRX has been one of the worst affected cryptocurrencies in the recent mind-boggling market-wide sell-off, losing over 93 percent of its value from the $0.231673 all-time high. Tron is now the 13th largest cryptocurrency. This means it’s no longer a billion-dollar digital asset as the market capitalization slipped to the $850 million range.