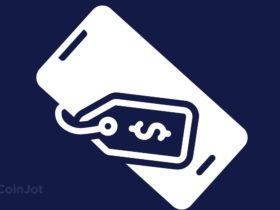 The index is the value of 10,000 Bitcoins at today’s market price, illustrating the deflationary feature of the most famous and resilient cryptocurrency thus far.

The Index celebrates its anniversary on May 22nd. Let’s bring back some history about the Bitcoin Pizza Index.

On May 18th, 2010, Laszlo Hanyecz posted a message on bitcointalk.org where he said he was willing to buy 2 pizzas for 10k Bitcoins. At that time, bitcoin’s price was $41. Four days later, on May 22nd the transaction took place.

Jeremy Sturdivant, at that time, took him up on the deal and had two Papa John’s pizzas delivered to Laszlo in Florida becoming the Bitcoin Pizza Day. In celebration of the first transaction in history using Bitcoin, it has become a tradition for enthusiasts in the cryptocurrency wave to eat a slice or a whole pizza from your favorite brand or time to make a homemade one!

This URL link shows the day Laszlo was chanting “I’ll pay 10,000 bitcoins for a couple of pizzas…like maybe 2 large ones so I have some left over for the next day. I like having left over pizza to nibble on later. You can make the pizza yourself and bring it to my house or order it for me from a delivery place, but what I’m aiming for is getting food delivered in exchange for bitcoins where I don’t have to order or prepare it myself, kind of like ordering a ”breakfast platter” at a hotel or something, they just bring you something to eat and you’re happy!”

12 years after those two pizzas (Cheese and “supreme”) were delivered to Jacksonville Florida, hundreds of pizza places now accept Bitcoin as a means of payment.

In remembrance, Sturdivant said to the New York Post he did not save the bitcoins for the future, instead, he used them all on a trip with his girlfriend. “I have no idea how huge it would become”.  Nonetheless, Jeremy Sturdivant does not regret and he is “proud to have played a part” in the cryptocurrency’s global phenomenon.