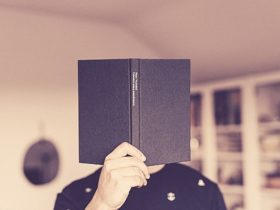 Do Kwon, the CEO, and Co-Founder of Terraform Labs has entered into a bet worth $1 million on LUNA’s future price asserting that its price will not fall below $88 by one year from now.

The wager was initiated by Sensei Algod, who first challenged the Terraform Labs CEO by addressing Terra LUNA as an “overpriced Ponzi,” token.

Do Kwon Accepts The Challenge Over LUNA’s Future Price

The Twitter banter caught pace when a social media account under the name of crypto investor Sensei Algod addressed LUNA, Terra’s native crypto token as an “overpriced Ponzi. He further compared the token to “a glorified titan, when people lose confidence it goes to zero,” a reference made to Iron Finance’ token that dropped to $0 from its initial value of $65.

Moreover, Algod also posted a tweet challenging Do Kwon in a $1 million wager stating that the price of LUNA will fall in a year from now.

In response to the tweet, Do Kwon accepted the challenge by replying “Cool, I’m in”.

Both the parties later agreed to deposit the wager money, i.e $1 million in USDT to a cryptocurrency wallet address of crypto analyst Jordan Fisher, also known as Cobie, who was chosen as an escrow, monitoring the bet. The wager was locked on terms that state that the price of LUNA will not fall below $88 in a year from now, based on the value of the token reflected on CoinGecko yesterday.

Do Kwon further clarified the terms of the bet stating “Next year same day, if the price of LUNA as reported by CoinGecko is higher than $88, he [Cobie] delivers the USDT to me, if not, he gives it to you,”

The unexpected wager caught significant attention once it went viral on social media compelling Do Kwon to provide further clarification. The Terraform CEO explained that he is not accepting the wager to acquire financial gains. He further stated that he intends to donate $1 million to charity “no matter what the outcome of the bet is.”

According to CoinGecko, the price of LUNA at the time of publishing is up by 1% and is currently trading at $91.70. Notably, the price of Terra LUNA rose to a staggering $104.58 on March 9, after Do Kwon boosted funding efforts to prop LUNA’s prices.