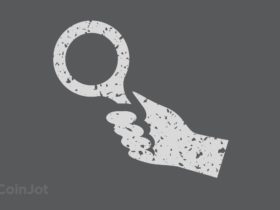 CryptoPunk NFT swiftly swept from the market by enthusiastic bidders for $7.5 million

The wave of traditional fintech companies recognizing the value of cryptocurrencies and taking a leap through investment became highly pronounced this year. As if to clearly communicate that retail traders are no longer the leaders of crypto adoption as they were back then, institutions keep betting big on digital currencies.

Mirroring down Bitcoin investor Lark Davis’s observation as we reported earlier, market participants are not only maturing, they are changing. Of course, retail traders are still present, but as Davis wrote in a tweet, “….Coinbase’s Q2 report shows institutions have shown up in a big way! 10 of the top 100 asset managers, big tech companies, hedge funds, private funds, family offices… Game on!”

One such firm is Intel. The American multinational corporation and technology company has leaped into the market through a share purchase worth nearly $800,000 from the leading exchange giant Coinbase.

The computer processor firm headquartered in Santa Clara, California filled the United States Securities and Exchange Commission (SEC) in on the deal in its regulatory filing.

As of Friday when the big reveal surfaced, Coinbase shares were trading at a price of $261.51, making the 3,014 shares purchased from Coinbase’s Class A common stocks worth about $788,191 at the time. According to Barrons, the deal may have been made before Coonbase went public in April.

“It is possible that Intel invested in Coinbase before the shares were trading publicly. Regulatory filings only require companies that are going public to disclose investors with stakes of 5% or more.” – Barrons.

Recall that Coinbase went public through direct listing in April. The firm’s valuation saw an immediate increase, recording a $112 billion market value on its first day of trading, though Coinbase stocks have since been on a road full of gallops. Market players noticed it had been underperforming, and hints that a slack in interest could spring up as competitors surge.

Regardless of this, the exchange has enjoyed a great second quarter per its recent reports. Despite Bitcoin’s price taking a major heat, trading volume and monthly transactions were remarkably high, exceeding market predictions to surge 27% in revenue and close the quarter at $2.2 billion.

The future remains promising for Coinbase. For digital currencies like Bitcoin, Coinbase remains a go to for big investors, reinforcing the exchange’s relevance in the market once again.