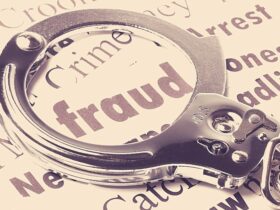 SWIFT, the provider of secure financial messaging services is working on the possibility of providing international payments using CBDCs. The interest in central bank-backed digital currencies by many governments is the motivation for the ongoing experiment that would see the provider leverage blockchain technology in its services.

This is according to a recent report published by the provider on May 19. According to the update, the company is collaborating with Capgemini in an experiment that aims to interlink CBDCs of several countries to provide cross-border payment services.

The Chief Innovation Officer of SWIFT, Thomas Zschach, said that the emphasis of the company in the experiment is interoperability that enables the interlinking of CBDCs for payment delivery. According to him:

CBDCs have gained the attention of central banks of several countries. The report says that CBDC is the future of international remittance with 9 countries at advanced stages of implementation. It says that notable among these are Nigeria and the Bahamas.

9 Out of 10 Central Banks Want CBDCs

A report by the Bank of International Settlements confirms this in another report which says that 90% of central banks are exploring the possibility of adopting CBDCs in settlements. It added that the focus of most countries seeking the adoption of CBDCs is on using it as a digital form of existing currencies. However, these countries have not considered the limitations of these digital currencies when restricted to local use.

The SWIFT report says that this blind spot is what the society is working to overcome through the interconnectivity drive. It added that the full potential of digital money as being developed will not be realized without interlinking them for international payments.

The report said that the first set of experiments conducted by SWIFT in 2021 shows that cross-border payments can be facilitated via blockchain technology using a real-time gross settlement (RTGS) system.