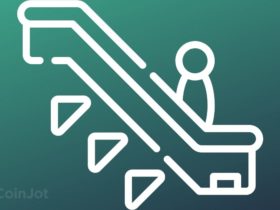 Stellar Development Foundation and Keybase encrypted messaging platform announced a massive $120 million airdrop on September 9. Per the announcement, Stellar and Keybase will be giving 100 million Stellar Lumens tokens (XLM) to Keybase users every month for the next 20 months, totaling to two billion XLM. Evidently, this airdrop is the biggest in all of the five years of Stellar’s existence.

Airdrops will be evenly distributed among all the 300,000 Keybase users on the 15th of every month, starting from October 15, 2019.

In order to be a part of this airdrop, a participant must have a Keybase account which was registered prior to the September 9 announcement, but if they are new Keybase users, they must first connect their Keybase accounts to a GitHub or HackerNews account. The blog post read in part:

“All you have to do is have an authenticated Keybase account, and your XLM will appear in your wallet – automatically, every month, for as long as the airdrop continues.”

Additionally, of the 20 months planned for the giveaway, only three months are guaranteed. The stellar foundation said the airdrop will only go on for the complete 20 months if the first three months prove to be a success.

So, Why The Huge Giveaway?

This airdrop appears to be part of a long-standing campaign to encourage mainstream adoption of XLM. In the past, Stellar has given away XLM to Binance users and also Blockchain.com wallet users. This time, however, it’s different because users will receive XLM via a messaging app, not a cryptocurrency exchange.

However, despite this surprise bullish announcement, XLM is trading at $0.058096 with 0.5% losses on the day, as per data from CoinGecko. The market capitalization of XLM currently stands at $1,156,546,132, placing the digital coin at the 12th spot.

Unlike bitcoin which has officially been classified as a commodity, it is still unclear what category other digital assets like XLM and its arch-rival XRP fall into, some even claiming they are centralized, unregulated securities. While Ripple continues conducting OTC sales of its XRP tokens, Jed McCaleb, former Ripple co-founder, took a different approach at his current home, Stellar.  As opposed to Ripple’s sales strategy, Stellar’s strategy was to give away $120 million XLM as the crypto community continues to ponder on the status of these assets.

What Is Keybase’s Role In This?

In a blog post dated May 14, 2019, Keybase gave a few details about its partnership with Stellar. According to the post, Keybase plays the part of ensuring seamless and secure transfer of XLM from one individual to another. Co-founder of Keybase Chris Coyne elaborated:

“Keybase is linking strong cryptography to a real-world identity, and our partnership with the Stellar Development Foundation means that users can interact with people financially in the same way they do socially without worrying about hackers or data breaches.”

Stellar has been working with Keybase since 2018 in a bid to foster adoption of its native cryptocurrency XLM. The Stellar team further explained their decision to work with Keybase in the recent announcement opining:

“We first started working with Keybase because they have a great team, and they support our values of privacy, security, and independence from corporate behemoths. They’ve evolved into one of our strongest ecosystem participants.”

This initiative by Keybase comes amidst other messaging apps like Telegram and Facebook making headway in their cryptocurrency ventures. Telegram is set to officially roll out its Gram digital currency and Telegram Open Network (TON) by the end of next month. On the other hand, while Facebook rocked the world with its blockbuster Libra announcement, it remains unclear when it will be officially launched.