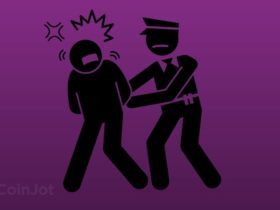 The market may not be doing so well, but there is still so much to be excited about and look forward to, especially for the Doge army. This is because, SpaceX and Starlink could soon start accepting doge payments, joining Tesla.

On Friday, Tesla C.E.O Elon Musk confirmed this by spontaneously tweeting that “soon” SpaceX will start accepting doge for merchandise. The billionaire also reminded crypto users that Tesla was already accepting payments in doge for its merchandise. When asked by a follower in a follow-up tweet if Starlink users could be allowed to pay for their subscriptions using Doge, Musk replied “ maybe one day.”

However, Musk’s view on onboarding Bitcoin as a payment option for any of his companies remains out of the question. A question from David Gokhshtein, founder of blockchain and lifestyle media firm Gokhshtein media on whether Musk would equally start accepting Bitcoin went unanswered.

Musk’s tweet sparked a lot of enthusiasm from the doge community with the cryptocurrency surging as high as 10% before settling at around 8% on the news. Although this is not the first time the Billionaire has flirted with the possibility of his companies accepting the world’s largest meme coin, Friday’s post is certainly to be taken seriously, with Musk increasingly throwing his weight behind the cryptocurrency.

In recent months, Musk has been steering a list of projects including his internet company Starlink which he believes has great potential to lift people out of poverty. Recently, he expressed interest in purchasing Twitter and taking it private, receiving monetary backing from various investors including top-tier crypto firms. This week Musk committed $33.5 billion to back his acquisition bid, bringing the conclusion of the purchase closer.

Part of his Twitter plan is to weed out crypto spam bots once the acquisition is concluded. Shark tank star and NBA team Dallas Mavericks owner Mark Cuban has suggested the use of dogecoin to solve the spambot problem prompting a response from Musk who said it is “not a bad idea”.

In the past, the Tesla boss has been quoted as saying that “dogecoin is the people’s crypto”. Just last week, he said that the cryptocurrency “has potential as a currency,” affirming another statement in 2021 that “dogecoin is better suited for transactions.”