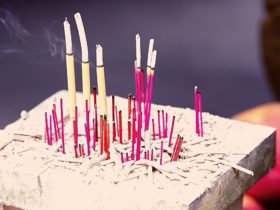 Solana isn’t having the best of days as it succumbed to a security breach. The breach seems to have done little damage as the network shrugs it off.

The latest attack against the Solana network over the last day has been identified by analysts as a distributed denial-of-service (DDoS) attack. This type of attack is geared at clogging the servers with the intent of taking it offline through the use of multiple devices. This has the negative effect of preventing legitimate users access to the platform service.

“We are aware that tokens are taking a long time to distribute. The Solana chain is being overloaded with DDoS attacks which have clogged the network causing delays,” said Blockasset and NFT platform based on Solana.

“The Solana validator network is experiencing issues this morning. TPS issues as the network works to remember txn requests,” said Infrastructure firm, GenesysGo. “Remember, this is blockchain. If your txn ID went through then it’s not lost, just pending. Growing pains is all.”

While the Solana Foundation is yet to release a detailed report of the incident, the network has continued its regular operations without the incidents of outages or downtime, according to Status.Solana. This incident pales in comparison to the 17-hour outage suffered by the network back in September. According to the Solana Foundation, the outage was a result of a DDoS attack targeted at Grape Protocol.

Potential Reasons For The Attack

Solana users have pointed accusing fingers at the IDO launch at Raydium for the network’s clogging.

“My biggest concern about Solana right now is the performance impact during high volume activity connected to Raydium IDOs and launches,” said a user on Reddit. “Literally every single performance issue in the past 6 months, including the 17-hour outage, has been a result of a launch on Raydium.”

Solana’s team is yet to release a statement while the price of SOL has fallen by 7.70% to trade at $168.42. On the weekly chart, the asset has fallen by 12% and is also down by 35% from its all-time high of $260.06. Despite the bad streak, SOL is the 5th largest cryptocurrency with a market capitalization of $51.8 billion.