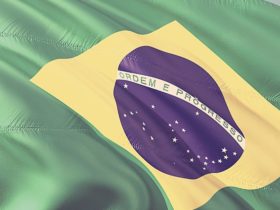 Ever heard of the metaverse but never really understood what the concept means? Imagine a virtual world where you can live, work, shop, socialize and virtually do anything. That’s basically what the metaverse is; at least the easy definition.

Fully explaining it, however, is a little bit formidable, because it’s something that doesn’t exist… yet. But I promise to do my best in telling you everything you need to know about the Metaverse “the future of the future”, so let’s get started.

The Creation Of The Metaverse

American novelist Neal Stephenson had an idea about a virtual world in 1992 when the concept of the internet was still fairly new. In his novel, Snow Crash, Stephenson had a vision of a world that exists entirely online where people can coexist, interact, work, play, live and shop. He called it “The Metaverse” from the Greek word “Meta” meaning “beyond” and “Verse” from the English word “Universe”.

Three decades later, giant tech companies have started working on bringing his idea to reality. Google, Apple, Facebook, and Microsoft are all racing to claim the biggest virtual world. No, there is not just gonna be one metaverse. There’s gonna be a lot of metaverses. And these tech giants each want to create the bigger, better, most successful one. Whatever company wins the race does not automatically own the metaverse, but they will have a significant home-field advantage for sure.

To some people, the metaverse might just seem like an online world where you can relax and play (as seen with science fiction books and films) but the Metaverse wants to actually become… our lives. The metaverse is not a VR video game, no, it’s cyberspace. It promises to revolutionize our lives by becoming an extension of the physical world.

For the past two years now, we’ve been living most of our lives inside our cabins thanks to the pandemic and human contact is becoming more and more of a casualty. So the idea of making everything virtual might just be what humanity needs… or not.

Do We Really Need The Metaverse?

I know hearing about the idea of a virtual reality controlled by tech giants being our future is kind of sickening probably on some scary end-of-the-free-world-as-we-know-it level. Makes you think do we even really need this stuff?

There is no doubt about it that the concept of the metaverse certainly has its fair share of advantages and disadvantages. Sure it could make our lives easier; even better. But at what cost?

Zoom meetings, classes, and family facetime where you can video chat and talk are great I guess, thank you technology, but what if you could not only see and talk to people but could also experience the whole thing by being literally in it?

“The Metaverse would be the second-best thing to a teleportation device. Teleporting around the metaverse will be like clicking on a link”

So like I mentioned earlier, the metaverse is a virtual reality where you can do basically anything in. The Metaverse gained immense traction after Mark Zuckerberg changed Facebook’s name to “Meta” to reflect the company’s focus on the metaverse. The metaverse could be a mirror world designed to precisely reflect reality with 3D avatars and spaces, or it could resemble an entirely made-up world like one can encounter in a video game.

A lot of people seem to believe that the metaverse will change the world, and they’re certainly right. I’m sure we’ve all watched a movie or two about people getting accustomed to virtual worlds where they can do anything virtually from the comfort of their beds. These virtual worlds, however, always end up being humanity’s doom, so will that be the case with the metaverse?

First of all, those movies are based purely on fiction, so comparing them to the outcome of reality will be very ridiculous of us since they were based entirely on an idea, not reality. Before the idea of the metaverse came along, companies like Fortnite, Roblox, Microsoft, Grand Theft Auto, and Tencent had built their own virtual worlds, so the concept of the metaverse isn’t alien. It’s just bigger and better.

As the Metaverse becomes more and more popular, a lot of concerns have stemmed mainly over data privacy, censorship, and cyberbullying, which isn’t unfounded. If you think that social media platforms and search engines already collect way too much of your data, it’s likely to get worse with the metaverse. I’m talking about your biometrics, your financial data, your personal data, who you talk to, and literally everything you do online. Yuuup!.

Like with social media content censorship, the metaverse will censor certain areas and people in order to protect participants.

As for cyberbullying, I believe it is something that just comes with the territory. If you’re on the internet, one way or another, you’ll get cyberbullied. There’s no escaping it. There is something about interacting with people virtually that just gives other people an immunity; the right to say and do whatever they want with no regrets whatsoever, no matter how bad they hurt your feelings.

I don’t think it’s going to be any different with the metaverse. If anything, it’ll probably only get worse. Unless the tech companies that will be pulling the reins on the metaverse decide to focus on that and do something about it.

What Do NFTs Have To Do With It?

NFTs are a type of virtual asset built on blockchain technology that comes with proof of ownership for the owner. They are unique and therefore cannot be duplicated no matter what.

The NFTs are getting incorporated into so many things right now, social media, art, gaming. It’s going to be the same with the metaverse. NFTs will allow proof of ownership of assets in the metaverse.

Bottomline: Is the Metaverse the Future?

Is it just me or did we all somehow know that the metaverse was coming?

The metaverse isn’t going to be perfect (nothing is), but it sure has a lot of advantages and could really make lives more leisurely. With all of the recent hype surrounding the metaverse evolution and investment opportunities, it is definitely shaping our future.

As Mark Zuckerberg said, it could take five to ten years before the metaverse is completely ready to its full potential, but it is definitely coming and it will change the world. Let’s just hope it’s for the better ;).