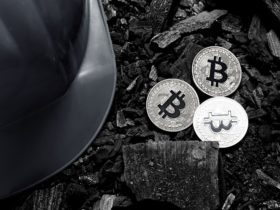 The US Securities and Exchange Commission has green-lighted Teucrium’s Bitcoin Futures ETF, making it the fourth Bitcoin ETF to be approved after ProShares, Valkyrie, and VanEck.

Teucrium Trading, a Vermont-based firm, was granted approval for its Bitcoin Futures ETF on Thursday by the US Securities and Exchange Commission. The company is previously known to explore agricultural ETFs that keep a track of the prices of crops such as corn, wheat, soybean, and sugarcane.

Bitcoin Futures ETFs allow investors to speculate on the price of Bitcoin without actually owning the related assets.

While the majority of the Bitcoin ETFs were filed under the Investment Company Act of 1940, Teucrium’s Bitcoin Futures ETF was filed under a different act known as the Securities Act of 1933 which follows a slightly different regulatory pattern.

According to the SEC, Bitcoin spot ETFs filed under the company act 1940 comprise significant consumer protection clauses to protect investors against unprecedented market mishaps. Now the SEC’s approval of Teucrium’s Bitcoin Futures ETF under ’33 brings forth a strong argument stating that the SEC should bolster consumer protection for Bitcoin Spot ETFs as well.

GrayScale CEO Michael Sonnenshien took to Twitter to explain how the SEC cited the differences between the Securities act 1940 and 1933 as justifications to decline approvals of Spot ETFs. Sonnenshein further added  that it is now time that the SEC should get comfortable with “Bitcoin Spot ETFs.”

The Grayscale CEO is also bolstering efforts to convert his Bitcoin Trust GBTC to an ETF and has asserted that the company will take legal action against the US SEC if they continue to reject approvals for Spot Bitcoin ETFs.

In an interview with Decrypt, Teucrium’s CEO Sal Gilbertie welcomed the SEC’s approval of its Bitcoin ETF and added that they are pleased that their 19b4 filing was approved, and that  “more information regarding the fund will be forthcoming when the time is appropriate.”