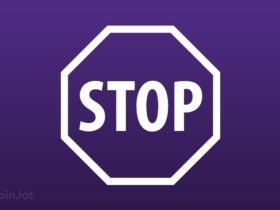 According to a CT report, the Director of policy at Elliptic, David Carlisle, expressed that there are not enough cryptocurrencies in circulation to help Russia out of the economic predicament that the country found itself in. The report reveals that even if there are enough digital assets, the country would still have a hard time moving needed funds through exchanges.

Not A Good Option for Evasion

This is especially so considering that most crypto assets would need to pass through major exchanges which are mostly regulated.

Carlisle added that the challenge presented by cryptocurrencies to Russia as a tool of evading sanctions is the transparency of the networks that host the coins.

According to him, law enforcement agencies have successfully tracked the movement of the so-called tainted coins. These are digital currencies associated with crimes such as hacking, drugs, money laundering, tax evasion, and the like. Carlisle says that wallet addresses that are linked with the Russian Federation and oligarchs can easily be flagged at the exchanges and blocked from having access to the services. He added that with advancements in blockchain analysis, law enforcement agencies can easily track the movement of coins, while exchanges can take advantage of the tracking process to comply with regulations as per the sanctions against Russia.

No Proof Russia Wants To Evade Sanctions With Crypto

One of the political leaders that have been vocal on the possibility of sanction evasion by Russia is Hillary Clinton.

Even though no one has proven that Russia is even attempting to evade the sanctions using cryptocurrencies, Clinton maintained that crypto exchanges are not doing enough to make sure that digital assets do not become tools of evasion.

Nevertheless, one of the founding partners at Blockchain Coinvestors, Matthew Le Merle declared that there is no doubting the possibility that Russia will seek out ways to circumvent the sanctions. He said that the main options available to the country are not even cryptocurrencies, but other established channels within the global financial system. Matthew says more emphasis should be placed on tax havens and Panama papers than cryptocurrencies which have been a prime focus of western powers.

Le Merle believes it would be foolhardy for anyone that wants to move against the sanctions to do it through cryptocurrencies. He stated that with the advances made in blockchain analysis, it would be a bad idea to depend on cryptocurrencies to do that.

Even though some in the West have shown concern that cryptocurrency could create an escape hatch for Russia to evade the sanctions, cryptocurrency donations have made up most of the funds donated to Ukraine by non-government entities as the crisis escalated. This could be an indication that these digital assets are neither here nor there as far as good or bad is concerned.