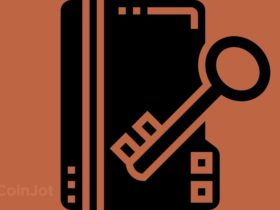 Trader Peter Brandt: The SEC Should Classify XRP As A Security

David Schwartz, the Chief Technology Officer of Ripple has recently posted a Tweet stating that he sold around 40,000 Ethereum in the past for only $1 each. Schwartz discussed the idea of investing in cryptocurrencies with his wife, however, she insisted that they needed a derisking plan which made Schwartz sell his Bitcoin holdings for $750 each and XRP for $0.10.

However, the idea to sell all 40,000 ETH was not influenced by his wife. “On the derisking, I’m a risk averse person with people who depend on me financially and emotionally. Fate caused me to put a lot of eggs in one basket” asserts Schwartz.

David Schwartz is far from being the only person to lose a considerable amount of money through cryptocurrencies. IT worker Kames Howells made a terrible mistake costing him close to $150 million.

Back in 2009 and throughout the next few years, Howells mined a lot of Bitcoin, gathered around 7,500. He sold the laptop used to mine but kept the hard drive. Unfortunately, he tossed the drive by accident and lost all the Bitcoin. The municipality refused to allow Howells to dig out the drive.

Of course, one of the most famous examples is Laszlo, considered to be the first person to actually purchase something of value using Bitcoin. Back in 2010, Laszlo bought a couple of pizzas using 10,000 Bitcoin, around $200,000,000 at its peak.

Although XRP is only trading at $0.254 currently, the digital asset reached a massive peak of $3.3 in January 2018. XRP had close to $130 billion in market capitalization. It is down 92% since its all-time high.

Bitcoin also suffered a strong pullback, however, the digital asset is only down 42% from its peak at $20,000.