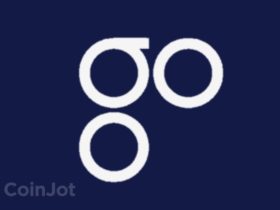 According to the official announcement, Ripple’s one billion XRP in grants will be committed to enhancing the XRP ledger use cases. The allotment, which is accredited as an extension of the XRPL Grant project, will be utilized to encourage building open source projects on the XRP Ledger.

“…That’s why Ripple is making a 1B XRP commitment to the XRPL Grants program: to provide long-term resources to support global development projects built on the XRP Ledger, and continued commitment to fostering this community and supporting their work.” The blog post added.

The XRPL Grants Program initially launched in 2021 has accomplished many notable milestones including distributing nearly $6 million to 50 open source projects built on the XRP Ledger.

The announcement further states that the 1 billion XRP will be given as support to all new/professional developers, and will be distributed over the next two decades to help developers scale and build new apps and projects using XRP Ledger.

“The fund will be disbursed over the next two decades to developers eager to build and scale their apps from proof-of-concept to new businesses and use cases based on the XRPL. The fund’s programs are specifically designed to accelerate, train, mentor, and scale projects developed by the XRPL community — now and in the future.” The announcement further read.

Despite Ripple being embroiled in a legal battle with the US SEC, the firm has managed to solidify and expand its presence outside the domains of the United States. Ripple’s remittance technology RippleNet has been praised globally for its cost-efficient services and rapid processing of transactions. Ripple will also be venturing into the sector of NFTs through a $250 million creator fund.