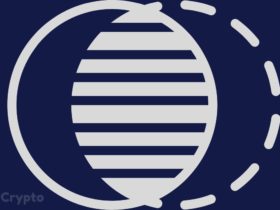 Ripple and MoneyGram have finally ended their partnership after months of uncertainties following Ripple’s troubles with the law. In a statement announcing the decision, Ripple fondly reminisced on the huge strides that the two companies have taken together since they inked their partnership deal back in 2019.

The statement also sent out some optimistic sentiment, signaling that the two entities might renew their partnership sometime in the future. However, it’s clear that this would only happen if and when the case against Ripple ends and it takes a turn in its favor.

MoneyGram Pulled Out After SEC Suit

Before the latest developments, MoneyGram had already moved to pull out of Ripple’s platform last month. That was after it became clear that Ripple and SEC were unable to reach an out-of-court settlement in a case in which the US SEC accused Ripple and its top executives of conducting illegal transactions with XRP over the last 7 years. Notably, MoneyGram has been a beneficially of Ripple’s investment funds derived from XRP sales.

Despite the ongoing court issues, it seems that Ripple’s executives are doing everything to make things work in the company’s favor. In a recent Twitter post, Ripple CEO Brad Garlinghouse, who also happens to be co-accused in the SEC suit, blamed the lack of a reliable regulatory framework for the problems facing the crypto and blockchain industry in the United States.

Brad went on to argue this lack of regulation is the actual cause of the loss of partnership between Ripple and MoneyGram. However, he added that the two companies will still remain “committed to revisiting it in the future.”

On its part, MoneyGram is facing its own troubles. A class-action suit against the company was filed earlier this month, with the complainants accusing it of misrepresenting facts about its partnership with Ripple.

This is after investors lost money as a result of the upheavals facing Ripple. At the moment, MoneyGram’s stocks have already slumped by 9%.