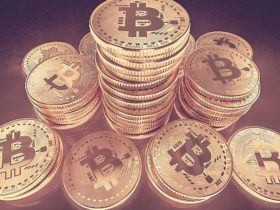 The Reserve Bank of India (RBI) has warned about the risks associated with investing in cryptocurrencies following the crash of the Terra ecosystem cryptocurrency, LUNA.

Speaking during a CNBC TV 18 interview on May 23, the RBI Governor, Shri Shaktikanta Das said that with the market instability that there is a need for effective regulation of cryptocurrency assets.

The governor said that the bank has been cautioning against investing in cryptocurrencies for some time. He said that this is premised on the knowledge that something like the Terra (LUNA) crash could happen.

“We have been cautioning against crypto and look at what has happened to the crypto market now.”

However, he said that the inflation rate of the country is in tandem with a professional focus, adding that these are in tandem.

The RBI governor said that the bank has been working behind the scenes to make sure that the country’s economy remains stable in the face of inflation. He added that the country’s rates will be increased in the next few months to bring the inflation rate back to the pre-covid levels.

Avoiding Dollarization of the Indian Economy

In an earlier statement last week, the RBI warned that cryptocurrencies have the tendency of making the Indian economy dollar-dependent. The release cited the fact that most stablecoins are denominated in USD.

Das said that the Indian economy experienced its greatest contraction in recent years during the Covid crisis when it contracted by 24%. He added that it has recovered.

LUNA, the internal currency of the Terra network lost 100% of its value after Terra USD de-pegged from the dollar. Since then, governments have been cautioning against the dependence on stablecoins.

Last week, the European Central Bank (ECB) president, Christine Lagarde warned that cryptocurrencies are “worth nothing” because they’re not backed by anything.