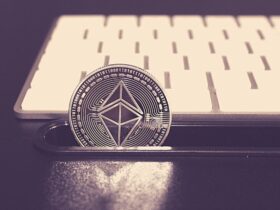 Google Rolls Out An Ethereum “Easter Egg” As The Merge Nears

PayPal customers in the U.K. can now buy and sell cryptocurrencies from Monday. The U.K. is the second region to enjoy this service after launching in the United States in October last year.

“We are committed to continuing working closely with regulators in the UK, and around the world, to offer our support— and meaningfully contribute to shaping the role digital currencies will play in the future of global finance and commerce,” said PayPal vice president and general manager for blockchain, crypto, and digital currencies Jose Fernandez da Ponte.

He reported that the service is doing well in the United States and hoped that this will be the same case for the U.K.

The service helps customers to buy, hold, sell, and spend crypto on goods and services from millions of merchants that support PayPal. According to him, the service will also make cryptocurrencies easier to use without any technical knowledge.

“The tokens and coins have been around for a while but you had to be a relatively sophisticated user to be able to access that. Having that on a platform like ours makes a really good entry point.”

For both U.K. and U.S. markets, PayPal has integrated Paxos, a U.S.-based regulated crypto exchange to facilitate these transactions.

PayPal said last year when launching the service in the United States that it would expand it globally. Expanding the service to more customers is seen as important in helping global crypto adoption. Additionally, the company is preparing its network for new digital currencies that may be issued by central banks and corporations. The company also said earlier this month it will launch a “new consumer wallet super app,” a dedicated crypto wallet that lets users trade crypto on a peer-to-peer basis. It would have PayPal, ACH, and third-party integrations.

In the U.K., it will compete with services like Revolut and several cryptocurrency exchanges already offering similar services.