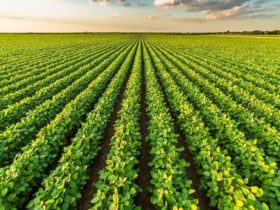 Through a medium blog post, Coinbase crypto exchange announced that OmiseGO (OMG), an Ethereum token that is used to power the OmiseGo smart contract platform, will be live on its platform from today. According to the post, OMG will be available for customers in all Coinbase –supported jurisdictions except New York State.

Coinbase reported on Monday, May 18 that it had begun accepting inbound transfers of OMG to the Coinbase Pro platform. The exchange was waiting until a sufficient supply of OMG was established on its platform to open OMG/USD and also OMG/BTC order books for customers.

OmiseGo has been striving to facilitate moving funds between payment systems and decentralized blockchains, hence allowing better banking and financial services to customers. The team behind the OMG token conducted an airdrop back in 2017, whereby any Ethereum investor who held more than 0.1 ETH on Coinbase was gifted depending on the balance then.

Being an international crypto-exchange, Coinbase has been feeling the pressure to list different crypto assets, putting in mind there are thousands in the market at the time of writing. However, the company has very strict terms in the listing process.

“We anticipate supporting more assets that meet our standards over time. We are also investing in new tools to help people understand and explore cryptocurrencies,” Coinbase said in a statement.

Stages that Led to OMG Launch

Coinbase reported that there were four stages for the token to be launched and it followed each stage independently for each new order book. It had however warned that if at any point one of the order books does not meet the set rules, it may be forced to delay the process.

The company published tweets from its Coinbase Pro Twitter account page as each order book moved through the four stages.

The first stage was transfer-only, whereby as from Monday, May 18, the customers were able to transfer their OMG coins into their Coinbase Pro account. However, at this point, the customers did not have a chance to place orders.

The next stage was dubbed, post-only, by which its customers would post limit orders but there were no matches. The third stage was the limit-only in which the limit orders began matching despite the customers not able to submit market orders.

The last phase was the full trading, whereby full trading services were made available to the customers.