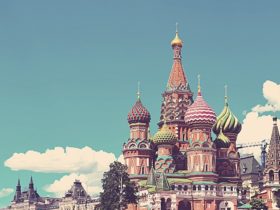 Russia’s Next Steps In Cryptocurrency Regulation

It might take a little longer for OKEx to bounce back, following its temporary withdrawal suspension. Okex suspended cryptocurrency withdrawals from its users after being unable to access “key holders,” who at the time of the report, were being investigated by the authorities. Even though OKEx is yet to put out a specific date for which withdrawals can kick-off, it seems like it could take a little longer as the exchange’s founder is now under police custody.

In a report from a local news outlet, the founder of the leading cryptocurrency exchange was taken away by police officials, for over a week.

In the company’s previous statement, it only disclosed that suspension was due to the inaccessibility of required private keys, as such transactions could not be completed.

“One of our private key holders is currently cooperating with a public security bureau in investigations where required,” the company said in its statement, adding, “We have been out of touch with the concerned private key holder. As such, the associated authorization could not be completed.”

Meanwhile, other reports are claiming that it was indeed the company’s CEO who was taken away. This could be possible because the private keys of exchanges are usually only available to highly trusted staff, and with Xu being a leading member of the exchange, it is very likely that the CEO could possess information on the needed private keys.

Boosting the previously speculated point, Xu’s coordination with the police in investigative situations dates back to 2018. Back in September 2018, the CEO was connected to authorities amidst investigations on a fraud case involving a new cryptocurrency at the time.

“We are not at liberty to discuss any matters that are under investigation but can reveal that it is not related in any way to AML or to OKEx,”

Okex’s absence from the trading scene may hit the market harder than it already has. Earlier today, Bitcoin dropped by 2.5% after the news that withdrawals were being suspended from the platform. Leading on from that, Glassnode reports that 1.1% of the total Bitcoin ($2.3 billion Bitcoin) in circulation is presently owned by Okex wallet holders.

Things are just as bad for the exchange as they are for its user who, prior to the withdrawal suspension, withdrew a total of 10,000 BTCs.

With the halt in withdrawal, volatility has become a big issue for traders, who might end up with more or less cryptocurrency than was initially deposited. On the other hand, the exchange’s $6 billion daily trading volume is certain to plunge going forward.

In summary, a beach in trust is the end product of Okex’s temporary shutdown, and going forward, users might branch out to other exchanges after this event. It is, however, important to keep in mind that Okex affirms that users’ funds will not be tampered with throughout the process.