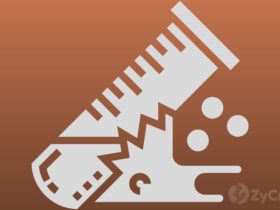 A lot of crypto investors and traders have their holdings stored in accounts hosted on crypto exchanges like Binance. Basically, the exchanges allow people to trade with cryptos. They also facilitate withdrawals for those willing to cash out in fiat. However, there have been some issues that have created some level of discomfort within the crypto community.

Evidently, some exchanges don’t allow people to make withdrawals at certain times. A recent post by a frustrated Redditor brings this issue to light. Apparently, the crypto fan realized that he couldn’t make ADA (Cardano) withdrawals moments before the Cardano network was set for an upgrade for its Shelly incentivized testnet.

Turns out, the testnet was running a promotion, meaning that some ADA holders would get some rewards for being active on the network. However, according to the Redditor, Binance had disabled ADA withdrawals at that critical moment.

This scenario has led many to remind the rest that the best way to make sure they’re in total control of their digital assets is to have them stored offline line and in such a way that the owner holds the access keys as opposed to entrusting their cryptos to exchanges.

Besides suspending withdrawals, Binance has also been accused of sometimes freezing investor’s trading accounts at times of high market volatility for crypto like Bitcoin. Some people believe that by doing so, the exchange gives its own trading bots an advantage to trade and make money for the company. Obviously, that doesn’t seem to impress a lot of people.

Time For A Good DEX

In light of the issues related to exchanges and withdrawals, a lot of people have advocated for more support for DEX (Decentralized Exchanges) that don’t hold cryptos like the normal exchanges. With a DEX, users hold their keys to their cryptos, giving them total control over their assets.