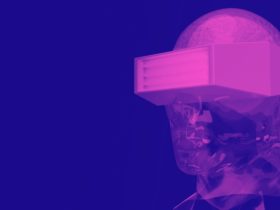 2-3 Years From Now, Most Virtual Meetings Will Be Held In The Metaverse – Bill Gates

The investigation into the Celsius saga which left users unable to withdraw their assets since June 12 has intensified with the activities of former CEO Alex Machinsky uncovered.

As investigations into Celsius heightens, Machinsky has been reported to have withdrawn $10 million from the company a few weeks before it halted the withdrawal of funds by users. The financial activities of the embattled former chief executive show that the withdrawal happened in May barely four weeks before the official closure on June 12.

Machinsky, who resigned from the role on Sept 27, has been under fire for the failure of the company to prevent the incident with all the statistics at his disposal. Celsius is expected to submit the financial records of Machinsky and other officials to court as the investigation continues.

An unnamed spokesman to Machinsky has been cited by Financial Times (FT) explaining that the former CEO and his family had over $44 million frozen with Celsius even after the withdrawal stressing that the withdrawal was not in speculation of the crash and subsequent bankruptcy. According to the spokesman, “ Mashinsky withdrew a percentage of cryptocurrency in his account, much of which was used to pay state and federal taxes.”

Celsius froze all accounts in June and filed for bankruptcy a month later because it had a hole in its balance sheet. The company had liabilities amounting to $5.5 billion but held assets of $4.3 billion creating a hole that was going to create withdrawal problems. The company halted withdrawals to avoid a situation where some customers will get all their money and others will get nothing.

Celsius filed for bankruptcy because its liabilities were rising with every transaction conducted. In some cases, the crypto lender paid excess interest than it made on the assets due to poor internal structure. Amid the investigation into its bankruptcy, the company plans to open customer withdrawals which have been opposed by authorities.

The Department of Justice, Texas State Security Board, and the Vermont Department of Financial Regulation have all opposed the decision of Celsius to allow withdrawals by customers on grounds that Celsius only plans to pay select customers and the company’s finances remain shrouded in mystery.

Furthermore, they have also refused plans by the company to sell stablecoins because the proposed sale by the company does not include a distribution plan for all customers.