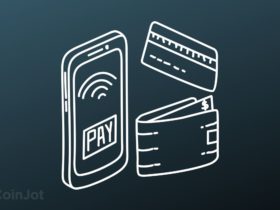 Although the Mt. Gox hack took place way back in 2014, with each passing year, new information is found and has continued to give Crypto users more insights into the depth of the event.

In a letter written by UK based law firm Sca Ontier and addressed to Bitcoin Core firm, the law firm stated that it “acts for” a UK based trading firm known as Tulip alongside former Bitcoin proponent Craig Wright and further affirmed to Craig Wright being the anonymous Bitcoin founder Satoshi Nakamoto. Mid way into the letter, it was stated that two Bitcoin addresses, both of which contains approximately 31,000.06906135 BTC ($292,729,622) and 79,957.20350967 BTC ($755,101,437) respectively, to belong to Craig Wright. It then goes on to explain that on the 5th of February 2020, Wright’s computer suffered a hack that led to the stealing of the private keys for the addresses.

Parts of the letter reads :

“The private keys to those addresses were stored in an encrypted file on that network, as was part of the information required to open that file. Both the encrypted file and the related information were stolen during the hack and deleted from the network”

Conclusively, the letter demanded that the Bitcoin Core Blockchain leaders facilitate the recovery of the addresses and hand it over to the Tulip trading firm.

In another frame, a screenshot containing conversations between two users, one with the username “Mt. Gox”, and the other going by the name of Mt. Gox’s founder “Mark Karpeles”.

In the conversation, Mark explained that 80,000 worth of Bitcoin had been stolen from the wallet where he had stored the money, with only 1.3 BTC found upon recovery. The remaining BTC left in the wallet was said to have been owned by the same person who deposited the funds directly to their own account.

The documents which surfaced on Twitter have since left users in shock. While Craig Wright isn’t presently active on Twitter and is yet to debunk any of these claims, both documents already implicate the self-named Bitcoin creator.

While investigations on the Mt. Gox hack revealed that the hacking activities had been taking place since 2011 and that the private keys of the exchange were unencrypted, it was still not clear whether the information used to carry out the hack was obtained by the hackers or by insiders.

However, these new reports are leading the public to believe that the latter might just be the case.