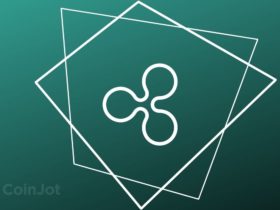 Though bitcoin has struggled to surpass its recent all-time high it attained on January 8, 2021, the cryptocurrency still hasn’t failed to win the heart of big dogs and institutions.

One of such is Michael Saylor’s MicroStrategy. A recent announcement by the company reveals that the company purchased fresh 10 million dollars worth of BTC. This sums up the company’s total bitcoin holdings to around $2.4 billion at the time of reporting.

Another $10 Million Goes Into Bitcoin

Microstrategy, the famous tech firm by Michael Saylor, has added another 10 million dollars worth of bitcoins to its already huge bitcoin stash.

The company’s CEO, Michael Saylor, revealed this new development in a tweet. To further confirm this, the company shared a copy of this purchase’s filing with the United States securities and exchange commission.

According to the CEO, MicroStrategy currently holds 71,079 bitcoins.

Michael Saylor Determined to Tell Everyone About Bitcoin

The CEO seems excited about bitcoin that he’s bringing everyone he knows onboard.

Hosting the World.Now event, he, alongside many BTC industry luminaries, will discuss how corporations can get their feet into bitcoin.

The event, which is slated for February 3rd and 4th, has already gotten prominent CEOs’ attention in various industries.

Michael Saylor himself hinted about this as he says he hasn’t seen so many CEOs sign up to attend these events as it is this time.

Although several tech and finance companies have dabbled into bitcoin, a lot more seems to be on the way, and Michael Saylor seems to be the one leading the movement.