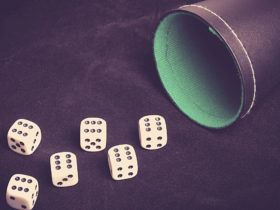 Meta CEO Mark Zuckerberg has confirmed plans that its photo and video sharing platform Instagram will be joining the NFT bandwagon by introducing the much-awaited NFT feature on the platform soon.

Meta CEO and founder of Facebook, Mark Zuckerberg has unveiled new details concerning NFTs on Instagram. Zuckerberg while attending a session at South by SouthWest in Austin Texas, reportedly revealed new details and stated that the company is working on bringing the NFT feature on Instagram sometime soon.

“We’re working on bringing NFTs to Instagram in the near term,” Zuckerberg said at the SXSW conference on Tuesday (Endgadgets).

Casey Newton, writer for the platformer newsletter later took to Twitter to share additional news related to Instagram NFTs, adding, “Over the next several months, the ability to bring some of your NFTs in, hopefully over time be able to mint things within that environment.”

Meta’s CEO did not share further details on when Instagram will debut its much-awaited NFT feature on the platform. However, an earlier report issued by the Financial Times, hinted at Instagram and Facebook potentially exploring the sector of NFTs and “readying a feature that will allow users to create, and sell NFTs.”

Speaking about his plans concerning NFTs,  Zuckerberg later added that NFTs could play a crucial role in the company’s Metaverse plans in near future.

“I Would hope that you know, the clothing that your avatar is wearing in the metaverse, you know, can be basically minted as an NFT and you can take it between your different places,” he said, “There’s like a bunch of technical things that need to get worked out before that’ll really be seamless to happen.” as stated by Endgadgets.

Zuckerberg’s Metaverse plans are indeed very crucial, as Facebook’s founder had earlier rebranded his company as Meta to work full time towards “bringing the metaverse to life and help people connect, find communities and grow businesses.”