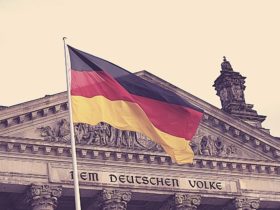 Germany Emerges As The Top Crypto-Friendly Country In The World

The Bitcoin mining rigs, reportedly valued at around $1.26 million, were confiscated from illegal Bitcoin miners on the Island of Borneo in six raids between February and April. The video posted on Friday showed the machines lined up, and being crushed by a steamroller in a parking lot at the police headquarters.

According to a CNBC report, eight persons were arrested and six have been charged in connection with the illegal mining operation. The charges will see them face up to eight months imprisonment and pay up to $1,900 per person in fines for tampering with and stealing electricity supplies from the power grid.

Notably, Malaysia legalizes cryptocurrencies mining in the country and has strict rules governing it. There are very strict rules around power usage in the country which affects cryptocurrencies mining, hence pushing some actors to carry out illegal mining. Section 37 of Malaysia’s Electricity Supply Act threatens those who tamper with power lines with fines of up to 100,000 Malaysian ringgit ($23,700) and five years in prison.

The situation with illegal cryptocurrencies mining also exists in other countries as well and has been speculated to be influenced by regulatory crackdowns.

Similar to Malaysia, China also has a stringent stance on illegal cryptocurrencies mining and Bitcoin mining in particular. China recently sent Bitcoin Bitcoin miners packing from the country, also selling off mining rigs it confiscated from miners at public auctions. Several regions including China’s northern region of Inner Mongolia have called for more comprehensive reporting of cryptocurrency mining, signaling a strong determination to weed out power-consuming activities in the region.

Elsewhere, The UK, and Iran have also reported illegal Bitcoin mining activities. The UK reported finding an illegal Bitcoin mine when it raided a suspected cannabis farm. The mine had allegedly stolen thousands of pounds worth of electricity from the power supply grid.

In June, Iran also reported its largest haul of illegal cryptocurrencies mining machines when it confiscated about 7,000 mining rigs.

Following the regulatory crackdown on Bitcoin miners in China, there has been a massive exodus from the country. Signals from the hashrate of the Bitcoin network indicate that the majority of them have successfully established themselves elsewhere.

Kazakhstan, Russia, and North America received the most attention from the miners. Several US states have welcomed miners and have seen Bitcoin hashrate increase considerably in the region. Notably, on-chain metrics reported by Glassnode indicated that Bitcoin miners are once again storing up their mined Bitcoins rather than selling them. The reversal of the previous trend could indicate that they have settled down and no longer need to raise capital by selling their Bitcoin holdings.