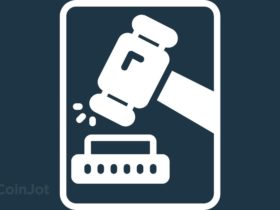 Ripple has had plenty of reasons to celebrate of late, as it managed to secure a crucial victory against the SEC. As per the directive of Judge Sarah Netburn, the United States Securities and Exchange Commission is required to provide access to any and all discussions pertaining to crypto-assets and their definitions regarding the ability to act as securities.

To provide some context, the SEC had accused Ripple’s XRP of having security-like functions and tendencies. Furthermore, it had also claimed that both Brad Galinghouse and Chris Larsen had been profiting from the sales of unregistered XRP. Ripple had since denied these allegations, and after plenty of back and forth, it would seem that the court’s recent rulings are availing Ripple.

The aforementioned United States Magistrate Judge Sarah Netburn may have made a ruling that benefits Ripple, but she has made it abundantly clear that this decision had been made to ensure the fairness and unbiased nature of the case. She, therefore, highlighted that although minutes and memos are fair game, personal communications and emails between staff are not to be touched, as these have nothing to do with the case and as such the privacy of these individuals should be protected.

Moreover, Netburn also allowed for disputes to be raised by both sides should there be plausible grounds to do so. This had been done to ensure that the court is not biased towards one particular side, as avoiding any unnecessary intricacies with the media and press would be preferable.

Attorney Jeremy Hogan has taken it upon himself to support Ripple in its fight against the SEC. He has therefore searched through previous SEC documents to find something he can use to shift the tide in Ripple’s favor, and he believes he has found it. He tweeted yesterday that according to an old SEC document, Ripple had been referred to as a digital currency company, but now it is being referred to as digital security in the case. He wants to know why the SEC made this change as it seems a bit suspicious to him, and has thus demanded an explanation.

Should Ripple lawyers discover that the SEC has indeed referred to XRP as being a digital currency and also that it is similar to BTC and ETH, then we can expect Ripple to indeed gain the upper hand in the legal battle against the SEC.