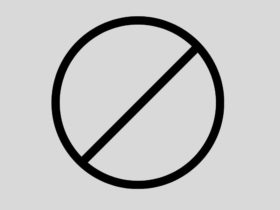 According to an official statement today, the Bank of Japan (BoJ) has launched a proof-of-concept (PoC) for its central bank digital currency (CBDC).

The country’s apex bank stated that the launch is in line with its initial preparation to “test the technical feasibility of the core functions and features required for CBDC,” in Q1 2021.

Notably, phase 1 of the PoC will see the bank develop a test environment for its CBDC system, as well as experiment on the basic functions that are important to the CBDC use as a payment instrument.

Thereafter, the completion of the first phase will see the central bank pushing forth to phase 2 of the PoC. The second phase is set to thoroughly scrutinize the more detailed and supposed functions the CBDC will operate with. This section will satisfy the quest of whether to place limits on the amount of CBDC acquirable by each entity.

Shinichi Uchida, the Bank of Japan’s Executive Director noted last month that the bank may also consider the launch of a pilot program. Such that involves payment service providers and end-users. This can be considered as the last phase before the launch will happen.

BoJ On a Bull Run For CBDC

It appears that many country’s central banks around the globe are swiftly embracing the idea of a CBDC. Meanwhile, considering BoJ’s innovations on the queue of central banks that are racing to launch a digital currency, the Bank of Japan may likely be taking the lead.

In a bid to achieve effective and efficient results on the completion of the CBDC project, the report further revealed that the bank is teaming up with other central banks with mutual aims to “match the innovation in the field achieved by the private sector.”