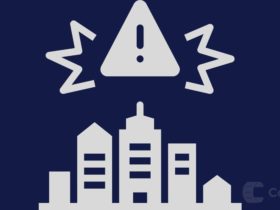 The Iranian government is moving to regulate crypto mining yet again, but this time the penalties are stricter and the laws are a little different. Iran is introducing new penalties for anyone found to be involved in illegal crypto-mining using subsidized energy meant for households, industrial, agricultural, and commercial subscribers to mine cryptocurrency, according to Mohammad Khodadadi Bohlouli. The country still permits authorized mining, but the penalties against illegal mining include jail time for repeat offenders and revocation of business licenses. The new regulation is not limited to financial penalties; violators will be required to pay for any damage done to the country’s power grid.

Iran Government Not a Fan of Crypto Mining

The Islamic Republic of Iran has been known for its stand against crypto mining, and this is not the first time the country is regulating it. Just last year, it banned crypto mining for four months from May 2021 to September citing claims that it could lead to major upheaval in the country’s power grid. Several mining equipments were plundered by the officials during that period of time.

Three months after the first ban was lifted, Iran made a second attempt at prohibiting crypto mining in December of 2021. The action was said to have been taken so as to avoid potential power outages resulting from extreme exhaustion of energy.

Crypto mining was made legal for industrial purposes in Iran in 2019, and the country rapidly became one of the world’s largest hubs for crypto mining. It was reported that Iran accounted for 4.5 percent of crypto mining transactions in early 2021, ranking the country among the top ten global crypto mining sites.

As said by the authorities, the decision behind enforcing the new law against crypto mining is because 8 out of 10 crypto mining operations that are happening in the country are illegal. Unlicensed mining companies are exhausting over 3000 megawatts of electricity per day, and that is a danger to the country’s power grid.