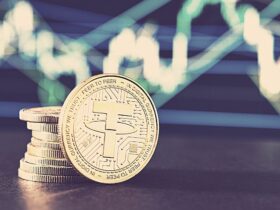 The crypto industry has been seeing massive crypto investments from both retail and institutional investors in recent times. It is interesting to know that public companies are not lagging behind either.

Per the big purchase, Marathon has gained a stronger foothold as the leading pure-play investment option for Bitcoin enthusiasts, including retail and institutional investors on Nasdaq’s list.

Marathon utilized the favorable market condition to efficiently make its intended investment due to NYDIG’s competence in Bitcoin dealings.

The chairman and CEO of Marathon, Merrick Okamoto, affirmed that the company’s big move had accelerated its strength and position in Bitcoin dealings.

“By purchasing $150 million worth of Bitcoin, we have accelerated the process of building Marathon into what we believe to be the de facto investment choice for individuals and institutions who are seeking exposure to this new asset class.”

Okamoto noted that the firm has been planning on getting involved with Bitcoin because it believes the asset is a better long-term economic value over the United States Dollar (USD).

Its recent effort to gain exposure to BTC was its plans to mine the asset, as it has made provision to purchase 103,060 mining equipment, a move expected to flag off in Q1 2022.

The CEO noted Marathon would have been minting between 55 and 60 BTC If its mining equipment had been deployed.

Not intending to wait any longer, Okamoto revealed that the firm decided to use part of its cash reserve to delve into the asset class.

Based on the latest development, it is clear that institutional interest in BTC is gradually gaining traction.

As widely reported, MicroStrategy recently increased its BTC holdings to 70,784 bitcoins in less than five months after its first purchase of the asset.

With BTC regarded as a hedge against inflation, it is only a matter of time before we begin to see widespread institutional adoption.