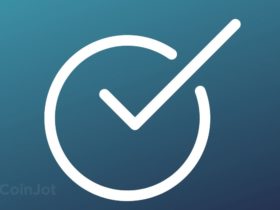 Square Confirms Bitcoin Wallet In The Works, Makes Mind-Blowing Revelations On What To Expect

In a YouTube video released on Sunday, the international ethical hacking group Anonymous revealed that it is going after Terraform Labs founder Do Kwon as it believes the CEO had sinister intentions from the start and conned investors.

In the 3 minutes 50-second-long clip, the hacktivist group made it clear that they believe Kwon scammed Terra investors and has a history of doing so since he ventured into the crypto space, citing links between Kwon and Basis Cash, a failed project similar to UST.

“… the actions of Do Kwon, the founder of the Terra Luna ecosystem, is single-handedly responsible for scamming billions of dollars away from retail investors,” the group said. “Multiple governments are conducting their own investigations into the scammer. But so are we. Anonymous is looking into Do Kwon’s entire history since he entered the crypto space to see what we can learn and bring to life. There is no doubt that there are many more crimes to be discovered in your trail of destruction.”

Do Kwon’s past antics when the Terra ecosystem flourished, and many LUNA investors and followers perceived him as a visionary have certainly not aged well. Anonymous cites various occasions where the Terra founder acted like he was too big to fail, trolling detractors as poor and stupid and even saying there was entertainment in watching companies collapse.

Do Kwon has yet to respond to the video and has uncharacteristically communicated less during the period following the Terra debacle that wiped off over $40 billion of investors’ funds from the crypto markets.

In his latest interview with the Wall Street Journal, it is worth noting that Kwon said, “There is a difference between failing and running a fraud.” According to Kwon, he acted entirely according to his convictions and failed. Kwon, at the time, also added that he had also lost some wealth in the process but claimed he was not bothered as he lives “a fairly frugal life.”

However, Kwon’s statements do not appear to have satisfied some in the crypto community. For example, pseudonymous Terra whistle-blower FatMan, in a Friday thread, alleges that Do Kwon’s claims that he lived frugally are false. The whistle-blower alleges that Kwon lives in Singapore’s most expensive residential area, adding that claims that Kwon lost a significant portion of wealth after the Terra crash are bogus.

The Anonymous video garnered over 39,000 views in 13 hours, with largely positive feedback from viewers. “You guys are the Robinhood of today. I’ll support you always. Keep up the great work!” Said one viewer.