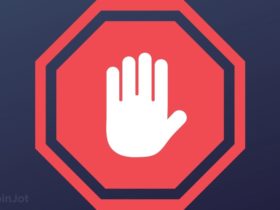 Regulators continue to clamp down on cryptocurrency fraud schemes.

The SEC announced Monday it had charged 11 people with purportedly creating and promoting an alleged crypto Ponzi scheme named Forsage. According to the U.S. regulator, the scammy project’s website went live in January 2020 and let millions of retail investors transact via smart contracts on the Ethereum, Binance, and Tron blockchains.

Of the 11 charged, four are the founders: Vladimir Okhotnikov of the Republic of Georgia, Jane Doe a/k/a Lola Ferrari of Indonesia, and Mikhail Sergeev and Sergey Maslakov of Russia. The other seven were promoters of Forsage based in the U.S. and were charged with breaching anti-fraud provisions of the securities laws.

Carolyn Welshhans, acting chief of the SEC’s Crypto Assets and Cyber unit, noted that the agency was able to bust the nine-figure pyramid scheme despite the utilization of smart contracts.

“Forsage is a fraudulent pyramid scheme launched on a massive scale and aggressively marketed to investors. Fraudsters cannot circumvent the federal securities laws by focusing their schemes on smart contracts and blockchains.”

Two of the defendants have already reached settlement agreements with the SEC — notably without admitting or denying the accusations made against them.

The SEC has oftentimes been accused of harming investors with its “regulation-by-enforcement approach” toward the crypto industry. Besides the long-standing case with Ripple, the securities watchdog recently filed charges against three people, including a former Coinbase manager accused of illegal insider trading. The SEC further accused Coinbase of listing securities on its trading platform.