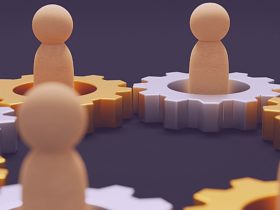 The governor of the state of Florida, Ronald Dion DeSantis has expressed that the state should start accepting cryptocurrencies like bitcoin from businesses that want to use them for tax payments.

DeSantis made the statement on Tuesday during a press statement. He highlighted that the state government is working towards making it an innovation hub and that supporting cryptocurrencies is one of the ways the government is doing that.

“I’ve told the state agencies to figure out ways, where if a business wants to pay tax in cryptocurrency to Florida, we should be willing to accept that,”

According to Bloomberg, last December, the governor was the initiator of the proposal that wants the state to start collecting various duties and payments in cryptocurrencies.

Making The State A Blockchain Hub

Ron DeSantis, who has been tipped as a potential presidential candidate in 2024, has encouraged the establishment of several cryptocurrencies and blockchain-based businesses in the state of Florida. The state’s stance on the industry is the reason why companies like Blockchain.com opened offices in Miami.

The governor’s stance may also be responsible for the statement recently made by the mayor of Miami, Francis Suarez, who said that he is willing to accept his paycheck in bitcoin.

DeSantis, who is one of the pro-crypto governors added that he is concerned about the executive order that was signed by President Joe Biden. The order mandated federal agencies to look into the merits and the demerits of the decentralized money and how the US would benefit from it or otherwise.

The Difference Between Bitcoin And CBDC

DeSantis, who differentiated between the decentralized and centralized systems, explained how the proposed government-backed digital currencies would differ from Bitcoin.

“There’s a difference between a decentralized digital cryptocurrency like a Bitcoin and what some are talking about doing at the federal level to convert U.S. dollars into basically a digital currency,”

He maintained that centralization has traditionally put a lot of powers at the disposal of the controlling entities. DeSantis said that the implication of this is that such entities would be able to control who gets the money and who doesn’t. This, he said, would make it possible that people won’t be able to make purchases just because the controlling entity doesn’t want them to.

“I worry about the amount of power that would give someone in a central authority to basically be able to shut off access to purchasing certain goods. We’d be in uncharted territory.”