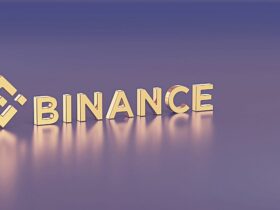 Google, the world’s most popular search engine is capitalizing on the upcoming Ethereum merge by providing crypto adherents with a real-time countdown “doodle”.

Created as a show of support for the upcoming merge, the new timer is displayed with a simple search of “Ethereum Merge.” The doodle shows the date, hours, and minutes remaining until the merge. It also shows the current difficulty, hash rate, merge difficulty, and two cartoon bears approaching each other with outstretched arms. The two symbolic bears are expected to fuse during the event producing one bear and signaling the completion of the Merge.

According to Sam Padilla, a developer for Google Cloud, the idea to create the timer was suggested by Google employees who wanted to create “some cool easter egg” as a sign of appreciation and support for the upcoming merge.

“Everyone is so excited for what is coming and appreciative of the work that has been going into this for years,” Padilla tweeted on Saturday adding that the data on display was getting pulled directly from the Ethereum blockchain via some of the nodes that Google runs.

Google’s nod comes as the much-awaited transition of Ethereum from a Proof of Work to a less energy-intensive Proof of Stake blockchain inches closer. At the time of writing, the event was less than 3 days away with searches on the merge soaring. Google Trends also showed the regions with the most interest in the Ethereum Merge. The Chinese area was leading with an 85% score followed by Australia and Nigeria tying at 57%. Canada comes in at 48% with the United States at 37%.

For several years now, Google has increasingly shown its support for the crypto sector. In early 2018, Google introduced a dataset for public smart contracts analytics rolling out Ethereum and Bitcoin for analysis in Google Bigquery. This dataset has since been running blockchain archive nodes and providing invaluable tools for digging through crypto data.

Recently the company launched a Web3 team under Google Cloud dedicated to helping developers run blockchain applications. Last week, Sky Mavis, the parent company of play to earn game Axie Infinity, also announced that Google Cloud was joining its Ronin network as a validator to help boost the network’s security. Nansen, Solana, Hedera, and Dapper labs are some of the top Google partners based on information available on the company’s web3 page.