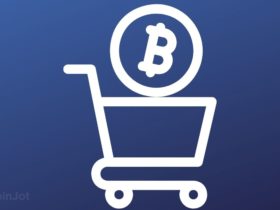 While it is well known that Bitcoin is a notorious energy consumer crypto to mine, not a lot of statistics have been mentioning the exact share of renewable energy consumed in mining Bitcoin.

Well, Bitcoin mining now consumes 56% of renewable and sustainable electricity in its total mining energy mix, according to a recent statement released by the Blockchain Mining Council. The new value is based on a survey conducted by the council which surveyed over 32% of all the global Bitcoin network participants.

Members of the BMC and survey participants are leading the charge to sustainable mining, using 56% of sustainable power in their total mining energy mix.

The survey was done from voluntary information submitted by Bitcoin miners, especially because calls to shun Bitcoin for consuming too much energy and power during mining have been flying from every corner in the recent past – from Tesla’s Elon Musk to Elizabeth Warren, the Massachusetts, U.S. Senator.

“I am pleased to see that the Bitcoin mining industry has come together, voluntarily, to provide critical information to the general public and policymakers, especially as it pertains to clarifying common misconceptions about the nature and scale of Bitcoin energy usage,” said Michael Saylor who alongside his company MicroStategy supports the formation of BMC and its work.“ This survey—the first quarterly release of many we expect to come—draws on data from miners around the world. As I’ve stated before, just because the Bitcoin network is decentralized doesn’t mean it has to be disorganized.”

The actual percentage may remain unknown, but this will shed light on claims that Bitcoin mining is not sustainable. It also comes after Riot Blockchain CEO Jason Les claimed in June that 40% of global Bitcoin mining is powered strictly by renewable energy.

Most claims that the crypto is unsustainable are usually shrouded by a misunderstanding of what constitutes renewable energy. There usually is confusion between high energy consumption and costs when mining Bitcoin – which is true, and the environmental sustainability of Bitcoin mining practice. The latter can mostly be judged based on the source of energy used in the mining practice although energy conservation is a major debate among environmental pundits.