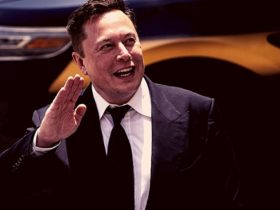 Dogecoin’s Biggest Influencer, Elon Musk Named Time’s Person Of The Year, But Does He Deserve It?

Actress Maisie Williams, best known for her role as Arya Stark on the popular TV series Game of Thrones, has received an overwhelming response to a poll asking her 2.7 million followers whether she should buy Bitcoin.

Many of the replies have also featured references to the TV show including Samson Mow’s who said “A girl needs #Bitcoin”, Barry Silbert’s, “You should check out grayscale (the other one)”, and Blockfolio’s “join the free folk, long Bitcoin.”

However, the host of What Bitcoin Did Podcast, Peter McCormack went a step further and tried to make the actress a Bitcoin Maximalist. He suggested that Williams should avoid altcoins and buy “Bitcoin and nothing else.”

The rising interest and adoption rate of bitcoin continues to soar, as more and more attention floods in from the mainstream market. Intercom’s CEO recently added to the list of prominent CEOs who have joined the Bitcoin bandwagon. MicroStrategy’s CEO Michael Saylor now appears in the list of top bitcoin CEO’s on Google search.

Additionally, as a result of the high demand for Bitcoin, Grayscale now controls almost 3% of total Bitcoin in circulation. The firm updated that it custodies over half a million BTC worth approximately $8.9 billion at the current price of $17,751.

Bitcoin and the Environment

Maisie Williams’s post also brought up concern from some responses about the high energy consumption rate of Bitcoin mining which is bad for the environment.

Data from Digiconomist which provides the Bitcoin Energy Consumption Index estimates that Bitcoin Network’s annual carbon footprint is 36.95 Mt, equivalent to that of New Zealand. Furthermore, the network consumes 77.78 Twh and produces 10.32 Kt of electronic waste per year.

Despite the concern, many analysts have agreed that Bitcoin will continue to rise and will be among the top-performing crypto assets in 2021 and beyond. Crypto analyst The Moon said to Williams:

“Bitcoin is the best form of money in the world, the maximum supply can never exceed 21,000,000 Bitcoin. Also you can buy a fraction of a Bitcoin, you don’t need to buy a full one. My personal price prediction is over $100,000 within 2 years.”