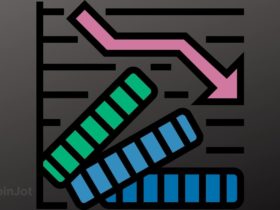 As World’s Debt Worsens, Bitcoin Could Save The Day, Max Keiser Asserts

Members of the European Union Parliament committees have voted to adopt a text in form of a bill that could lead to the illegalization of all anonymous crypto transactions to and from centralized and decentralized wallets and platforms. The adopted text will be negotiated with EU governments before being voted to law or rejected in April.

If adopted as law, it will require anyone transacting or transferring crypto in, within, and out of the region to undergo identity verification procedures as stipulated in anti-money laundering laws before transferring digital assets.

The controversial bill was passed by MEPS from the Economic and Monetary Affairs Committee and the Civil Liberties committee despite huge opposition from crypto proponents who say it will stifle the industry in the Europe region if adopted as law by member states. The Blockchain for Europe association called the passage a “huge, missed opportunity” for European Union, expressed its dissatisfaction with the passage, and said the verification requirements are simply impractical.

“Particularly, we regret the committee’s decision, even if by very small margins, to introduce impractical verification requirements for transfer to and from unhosted wallets and to prohibit transfer to entities which are unable to comply with outdated regulations.”

The association said prohibiting transfers to entities that do not comply with regulations could affect the applicability of Defi applications and defeat the very core purpose of the blockchain. It said the move would cripple Web 3.0, crypto, and blockchain innovations in the European Union.

The European Crypto Initiative, which advocates for a regulation that favors permissionless and decentralized applications based on blockchain, definitely regretted the passage saying that it would continue fighting for more suitable legislation. Other crypto proponents said it is unfair to the industry and it violates user privacy laws.

The bill requires centralized exchanges and trading platforms to collect, store, and verify information belonging to customers and those with who they are trading. They must identify that the source of a digital asset is not risky or connected to money laundering, terrorism activity, or other financial criminal activity before allowing it through. They must report to authorities all transactions involving Euro 1000 or more even if there is no suspicious activity found.

Despite mentioning that decentralized wallets, exchanges and platforms would be affected, the bill, if adopted as law, will probably have no impact on these platforms. The post from Europarl explaining the bill did not state what technology would be used or how it would be possible to stop these kinds of transactions. Blockchain is also largely misunderstood — the digital ledger already makes every crypto transaction public for anyone who likes to see.

The proposal, if turned to law, would effectively extend identify verification requirements existing in conventional anti-money laundering laws to the crypto industry. However, it makes it worse for crypto traders and investors by removing the minimum limit of Euro 1,000 which is traditionally legally allowed to transact without any form of identity verification.

It also proposes to establish a public register with a list of high-risk wallet addresses, providers, and entities that may have linkage to money laundering, terrorism financing, and other financial criminal activities. The record will be maintained by the European Banking Authority.