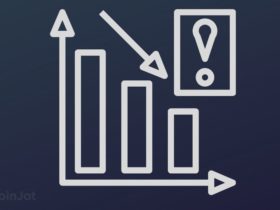 As Bitcoin Ushers In Soft Decline, El Savador’s Bukele Can’t Wait To ‘Buy The Next Dip At A Better Discount’

Ethereum co-founder, Vitalik Buterin, recently announced the impending release of a book he wrote. The publication will be released under the title, Proof of Stake: The Creation of Ethereum and the Philosophy of the Blockchain. It includes developer notes from the last decade of work on the Ethereum blockchain.

The programmer shared this with the coin community via Twitter on August 31. The book comes in two versions – a hard copy and digital. The electronic copy comes with Buterin’s autograph and a complimentary NFT.

Due For Release in One Month

The tweet said that the book is due for release in one month.

“Proof of stake”, a book (physical and digital) that collects the various records I wrote over the last ~10 years, will be released in a month!”

Buterin further said that the proceeds from the book would be donated to Gitcoin, the open-source coding platform dedicated to developing web 3.0 projects. 90% of the proceeds go to the Gitcoin fund, while 10% goes to the publisher.

Buyers can get the signed digital copy at: https://proofofstake.gitcoin.co.

The hard copy version is available for pre-order. The official release of the book is scheduled for September 27.

The book collects Buterin’s technical notes, as well as his reflections on the digital economy in general and the Ethereum ecosystem in particular.

Gitcoin described Buterin as a “bright dreamer”. They added that the book is suitable not only for the “old-timers” of Ethereum but for all interested in learning how the developer thinks.

In his reaction to the release by Buterin, Dmitriy Sheludko, the CEO of Biconomy, a cryptocurrency exchange in Canada, said he is eager to pre-order the book.