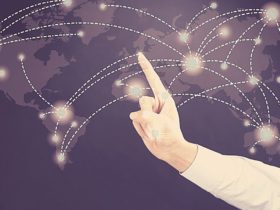 In a blog post issued on Wednesday, Ethereum developers announced the “merge” of the Ethereum blockchain with Kiln Testnet, a final testnet that will assist the network to transition towards its much-awaited Proof-Of-Stake consensus.

According to an earlier blog post issued by the Ethereum Foundation, the network’s switch from proof-of-work to proof-of-stake consensus was always the “plan” considering the PoWs’ massive energy intake.

The “Merge” which took place this Wednesday has successfully been deployed on the testnet and the network is now running entirely under the proof-of-stake consensus, the blog post later adds.

The Ethereum Kiln merge is expected to be the last merge testnet that was deployed before its existing testnets are upgraded. The blog further adds that application & tooling developers, node operators, infrastructure providers, and stakes are “strongly encouraged” to test on Kiln to ensure a smooth transition on existing public testnets.

However, during the Ethereum merge on Kiln, Ethereum developer Tim Beiko tweeted that one of the clients was not producing blocks and that the matter is currently being looked into.

As per sources, a client named Prysm encountered an issue with block proposals which were later resolved, leading the network to complete its successful Kiln deployment.