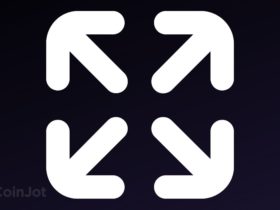 A new tweet from Tesla CEO Elon Musk has seemingly influenced the price of Bitcoin again, this time sending it up. The billionaire has a love/hate relationship with the currency and his social media activity as of late has been responsible for most moves in price.

After implying that Tesla had sold its BTC holdings, with the car manufacturers suspending the use of the currency as payment for its cars, Musk moved to assure that the company was still in possession of its Bitcoin. Those developments caused the price to drop drastically and, while his confirmation as it pertains to the retention of the asset brought along a bullish sentiment, it wasn’t quite enough to send the price back to a comfortable region as news of China’s war on mining emerged in the aftermath.

Musk’s Twitter fingers were at it again on Monday afternoon and, having posted that he was having talks about Bitcoin’s sustainability, the price moved up 4%. BTC went from $38,074 to $39.500 in just minutes on the back of Musk’s tweet.

It read: “Spoke with North American Bitcoin miners. They committed to publish current & planned renewable usage & to ask miners WW to do so. Potentially promising.”

MicroStrategy CEO Michael Saylor retweeted Musk’s tweet with a quote, revealing he hosted a meeting between Musk and miners in North America and that the miners agreed to form a “Bitcoin Mining Council” that will look to promote energy usage transparency and speed up sustainability initiatives on a worldwide scale.

A Good Day For Bitcoin?

Musk has been a fan of cryptocurrencies for some time now and has influenced Bitcoin and other altcoins rise in price. Bitcoin rallied up the chart after Tesla disclosed having bought $1.5 billion worth of the coin in an SEC filing in February. The automobile manufacturer followed that up with the revelation of making a profit of $101 million in Bitcoin sales during the quarter.

Earlier this month, however, Tesla changed its tune on Bitcoin.

The Tesla and SpaceX CEO has again tweeted support for Bitcoin this week, which follows hedge fund billionaire Ray Dalio revealing he’s a Bitcoin holder and prefers owning BTC as opposed to a bond.

The Bridgewater Associate founder had previously expressed pessimism with regards to the asset but has since changed his stance, although he still reckons the American government could find ways to damage profitability should Bitcoin get too big.