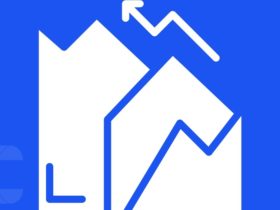 Times Magazine has recognized Elon Musk as the Person of The Year in a year that saw him plunge into cryptocurrencies. The billionaire’s antics set off a chain reaction for institutional adoption of Bitcoin and brought Doge into the spotlight in 2021.

Elon Musk – Person of The Year

Times named Elon Musk as its Person of The Year following the momentous strides he took over the last 12 months. The eccentric billionaire flipped Amazon’s Jeff Bezos to become the richest man in the world back in January with a staggering net worth of $297 billion. Musk did not stop there as under his guidance, Tesla became a trillion-dollar company in October while his other company, SpaceX took the lead in space exploration.

“Few individuals have had more influence than Musk in life on Earth, and potentially life off Earth too,” Times wrote. “In 2021, Musk emerged not just as the world’s richest person but also as perhaps the richest example of a massive shift in our society.”

In cryptocurrencies, Elon Musk’s influence was profound and undeniable. In January, he put the Bitcoin logo on his Twitter bio and the asset’s price rose by 13%. In February, he announced that Tesla had added $1.5 billion worth of BTC to its balance sheet and a few weeks later, he revealed that customers could use BTC to make purchases for the company’s vehicles. This had the ripple effect of fostering more institutional adoption as companies followed suit in making similar BTC acquisitions.

Musk’s relationship with BTC has not been totally cordial as the billionaire launched a scathing tirade against the network in May for the use of fossil fuels. The environmental concerns raised by Musk led to the asset losing double-digits of its value and culminated in halting the acceptance of the crypto as payment for Tesla’s vehicles. The fall-out from the saga led to a mammoth $1 trillion liquidation in the market.

After his relationship with Bitcoin turned sour, Elon Musk posted a series of cryptic tweets about DOGE and the Shiba Inu dog. The impact was instant as DOGE soared in market capitalization to become part of the top 10 largest cryptocurrencies in the world. DOGE’s meteoric ascent set the stage for the rise of other meme coins like Shiba Inu and Floki Inu that all have a measure of affiliation with Elon Musk.

Does He Deserve It?

Critics have raised alarm over the award bestowed to Elon Musk because of the billionaire’s stance on taxation, unionism, and depreciating the effects of the Covid pandemic.

“Let’s change the rigged tax code so The Person of the Year will actually pay taxes and stop freeloading off everyone else,” said Senator Elizabeth Warren. A recent study by ProPublica noted that Musk only paid taxes of 3.27% compared to the 13.28% paid by average taxpayers.

A certain section noted that a better alternative for the Award should have been the developers of the mRNA vaccines that have “saved millions and helped restore global economies.”

Since 1927, Time has selected a Person of The Year with US Presidents being major recipients. All US Presidents since 1927 except Calvin Coolidge have been recipients of the award with Franklin Roosevelt winning it a record three times.