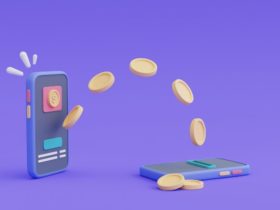 A recent study conducted by experts at Coin Insider has confirmed that meme cryptocurrencies are gaining steady momentum in the United States.

The assessment further revealed that Dogecoin has emerged as the most searched cryptocurrency in 23 states of the US including New Jersey, Illinois, and Hawaii.

Dogecoin Is The Most Searched Crypto In The United States

A combined analysis of Google trends data conducted via experts at Coin Insider has brought forth exciting insight that underlines the supremacy of Dogecoin. According to their study, Dogecoin has topped the list as the most searched crypto token in 23 states in the United States including New Jersey, Florida, and Illinois.

The study also found that Shiba Inu, another meme crypto, was the fourth most searched crypto token in seven states including New York, Nevada, and California.

The assessment further noted that Bitcoin, which is the largest cryptocurrency by market cap, was the second most searched crypto asset in the US, with users entering keywords concerning how to invest in Bitcoin and earn profits on the same.

Founded in 2013, Dogecoin was invented as a joke by software engineers Billy Markus and Jackson Palmer. It was created as a peer-to-peer digital currency to reach a broader spectrum of people who could access it and utilize it as an effective payment mechanism. Dogecoin has had a meteoric rise since its launch and currently sits at a market cap of $18.6 billion.

Dogecoin has often been openly endorsed by Tesla’s CEO Elon Musk, who addresses Doge as a currency best suited for transactions than Bitcoin. Musk’s frequent comments concerning Dogecoin and its multiple use cases have fundamentally impacted the price of Doge and helped the coin rally ahead amongst its many competitors and other crypto tokens.