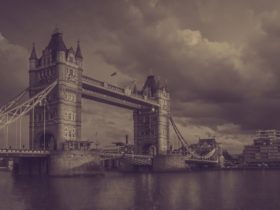 Andre Cronje, popularly known as the “Godfather of Decentralized Finance” is leaving the Defi sector. Cronje’s close partner Anton Nell tweeted on Sunday that the pair will no longer work in the Defi sector and will also terminate some of its apps, nearly 25 of them, starting from April 3, 2022.

Andre Cronje, who is widely known for his contributions in the Decentralized finance sector as the founder of Yearn Finance has decided to leave the Defi and cryptocurrency industry.

Anton Nell, another prominent Defi builder who served the Fantom Foundation as a senior solutions architect, will also be stepping down and will be leaving the crypto space for good.

In a tweet posted on Sunday, Anton Nell stated that he and Andre “have decided that we are closing the chapter of contributing to the defi/crypto space.”

The tweet further comprised the list of nearly 25 apps that the pair will be terminating from April 2022. The list includes apps such as yearn.fi, keep3r.network, multichain.xyz, chainlist.org, solidly.exchange, and bribe.crv.finance.

However, a report issued by Crypto Briefing claims that Cronje will be “simply transferring/decommissioning the domains and webapps we control, and moving away from defi/crypto.” The report also states that the pair will be returning to the traditional finance sector.

The cryptocurrencies associated with the pair notably Yearn Finance’s YFI are down 7.5% while Keep3r has declined by 24.4%. Fantom’s FTM also took a hit and dropped 14.4%.

However, in a report issued by Decrypt, James Hancock, Ethereum core developer, further highlighted that “As long as the contracts are immutable or don’t require Andre’s approval for changes they will continue to work as deployed…What [Cronje] is shutting down is webpages that plug into those contracts. Technically, anyone can deploy a UI to these services, but it doesn’t mean anyone will. You need an incentive too and need to grow legitimacy.”

Justin Sun, founder of cryptocurrency Tron also responded to the news and offered to support the Defi apps that the pair have decided to discontinue via a tweet on Sunday. Sun replied to Nell’s tweet stating that his Defi team will be happy to support and run the apps after April 3, 2022. However, Nell is yet to respond to Sun’s proposal.