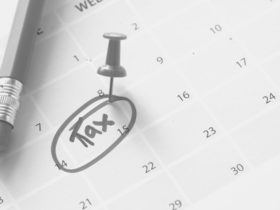 DeFi might have to move over for CryptoPunk NFTs, at least until these computer-generated avatars —worth millions of dollars–settle in. In just a week, NFTs has fetched its creators over $70 million in profit. An alien dressed in sunglasses, a hat, and a pipe in its mouth, known as “CryptoPunk #7804” was bought for 4,200 Ethereum, which is worth $7.5 million; the highest amount ever paid for a Punk NFT. The sale is quite impressive for a digital collectible that was first purchased for 12 Ethereum in January 2018.

This is a major step up from last month’s record of $1.5 million for  CryptoPunk #6965, an ape that wore a fedora. The CryptoPunk sale was one of the highest until digital artist Beeple sold an art piece for $69.3 million. Meanwhile, the NBA licensed collectible dubbed “Moments”, which went live some six months ago has secured nearly $350 million in sales.

CryptoPunks are created by algorithms from the Software Firm Larva Labs. At present, there are 10,000 existing CryptoPunks, each with a unique make. Previously, owning one of these could have cost zero dollars. Fast forward to the present market and bidders with $1 million would count themselves extremely lucky to have successfully purchased them.

NFTs have been criticized by many Fintech personalities for their superficial structure. While artists are cashing out big, the relatively new technology is merely a temporary digital trend that could go downhill at any point to critics. Billionaire Mark Cuban disclosed what his thoughts were on NFTs and interestingly, they were similar to other naysayers.

Cuban as quoted above is certain that the market of NFTs is dependent on the rise and fall of interest rates. NFTs and DeFi coins have received similar levels of backlash. Both have been termed non-scalable, and lacking in fundamental value. Despite DeFi strengthening the Ethereum network and securing over a billion dollars in value, critics predict it will fall in the long run. NFTs are also presumed to follow suit.