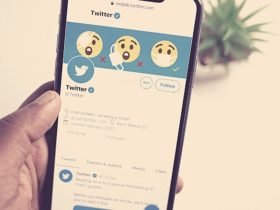 NFTs continue to set new milestones with the frenetic nature of adoptions. The latest CryptoPunk NFT sale has set tongues wagging within the ecosystem.

A New Record High For CryptoPunks

Over the weekend, CryptoPunk #5822 was sold for a staggering 8,000 ETH which has a market value of $23.7 million. This purchase makes it the most expensive CryptoPunk in existence, surpassing the previous record of $11.8 million that was set in June 2021. This historic purchase makes it the fourth most expensive NFT ever sold with Beeple’s $69 million digital art, “Everydays: The First 5,000 Days” holding the record.

CryptoPunks #5822’s new owner, Deepak Thapliyal, the CEO of blockchain infrastructure firm, Chain, stated that he was able to make the historic purchase through the leverage provided by Compound Finance.

“Thanks to Compound Finance I am able to still {hold} ETH while buying this. Basically long’d ETH to punk-in.” he tweeted to his over 60,000 followers. The new purchase is one of the rarest CryptoPunks in the strata of aliens with only 9 being in existence from the collection of 10,000. According to the provenance of the NFT, it sold for a little over $1,600 in 2017.

CryptoPunks have risen astronomically in value because of the sentiments attached to being one of the earliest NFT collections, being launched in 2017. The NFTs were algorithmically created to make sure that no two CryptoPunks are exactly alike but they shared some traits. The Punks were mostly human but special classes existed like Zombies, Apes, and Aliens. Their rarity has bestowed a status symbol on them, making them one of the highest-grossing NFT collections.

The Rise And Rise Of NFTs

Non-Fungible Tokens have entered mainstream consciousness since the big break in 2021. The spike in interest led to a CNN report calling it a bubble that would be bursting soon. In defiance of the report, NFTs have ballooned with billions in transactions being completed and institutions offering NFTs to their customers as rewards. Twitter’s NFT verification feature is the latest in a long line of institutional adoption for NFTs.

There is growing dissent against NFTs with detractors claiming that the technology is employed as a money-laundering tactic. These critics cite the astronomical prices of digital art and the environmental impact that the minting of NFTs has on the ecosystem.