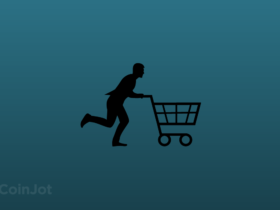 Russia policymakers are drafting a bill to regulate cryptocurrency issuance and trading to protect its traditional banking system and also its fiat financial system. It is a move that will be stiffing people of their power to express their will financially without a central body like the central bank assessing each and every move they make.

The new rules once passed into law will criminalize digital assets with fines or even attract a term behind bars. Such laws are meant to give the central government the ultimate power over its people, in a way that just could be oppressing.

The Bank of Russia (BoR) seems to be in favor of the new proposed rules, as its head of legal office Alexey Guznov said the institution does not believe crypto issuance and trading should be legal in the country.

“We believe there are big risks of legalizing the operations with the cryptocurrencies, from the standpoint of financial stability, money-laundering prevention and consumer protection,” Guznov noted.

Russia has been at the forefront of the dark web, a sector where Bitcoin has thrived significantly, whereby its tech-savvy population includes some of the most brilliant hackers. Black hat hackers significantly pose a direct threat to the cyber world with the help of anonymous cryptocurrencies like Monero, which uses a method called cryptonote for encryption.

Nonetheless, criminalizing crypto trading and issuance will only make the assets more valuable and accessible through illegal means for the people. Instead, the government should find better solutions to work with the technology instead of crashing it under the feat.

The Indian government tried to move in the same direction but the country’s supreme court came to the public rescue. As a result, more crypto-based startups and companies are pushing to increase cryptocurrency adoption in the county.

According to the first proposed draft bill, cryptocurrency issuance and operations in Russia are prohibited. However, it gives an exception that if the digital assets are inherited, distributed to the debtors of a bankrupt company or as a result of a court decision.

The second bill draft suggests introducing a new article into the criminal code that dictates sanctions for illegal operations with cryptocurrencies. If the bill sees the light of the day, a company engaging in digital assets business would be fined almost $28,000 while an individual would be fined $2,800.

Coindesk reported that the bill draft highlights that buying cryptocurrencies for cash or through bank transfers from a Russian bank would attract up to seven years in prison.

It is such a disturbing thing that as the world progresses to a new wave of technology to solve existing challenges, a few people in the central governments feel threatened by the nature of power given to people.