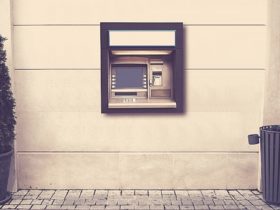 Binance, the largest cryptocurrency exchange globally, has announced it is restricting its derivatives trading offering in Hong Kong.

The official announcement on the exchange’s website reads: “With immediate effect, users from Hong Kong will not be able to open new derivatives products accounts. Also, with effect from a date to be announced in a later notice, users from Hong Kong will have a 90 days grace period to close their open positions. During the grace period, no new positions may be opened.”

Commenting on the announcement, the CEO of Binance Changpeng Zhao, stated that the move is one in the series of steps the exchange is taking to align with regulatory expectations of jurisdictions where the company operates.

“New Binance users from Hong Kong can no longer open futures accounts and we will wind-down access for existing users. This is one of many proactive measures Binance is taking to help establish crypto compliance best practices worldwide”.

Notably, the exchange announced a similar winding down of futures and derivatives products in Germany, Italy, and the Netherlands late last month in a similar regulatory compliance play.

However, not everyone has welcomed the announcement with open arms. Prominent cryptocurrency analyst “CryptoWhale”, who has long been suspicious of the exchange and has speculated on their demise, has stated again that the exchange is on the verge of collapse.

“They are illegally operating in the majority of places across the world. They either shut it down now or face regulators. Either way, a very fraudulent exchange which is tumbling quickly. Soon everyone will be banned” he tweeted.

Remarkably, Binance has had several run-ins with regulators over the years; however, the crackdowns have been gaining more momentum recently. Within the past few months, the exchange has received at least 12 notifications from regulatory bodies. Regulators in the UK, US, Japan, and Malaysia to mention a few have published warnings, announced investigations, or otherwise cautioned investors about Binance and its subsidiaries.

How the crackdown by regulators on Binance turns out matters greatly to the crypto-industry as the decisions taken may in turn be replicated against other exchanges. Given Binance’s prominence, its treatment may be a strong signal as to whether cryptocurrencies will be regulated out of existence, or given room to become mainstream, and will weigh heavily on market sentiment.

Regardless, the exchange is still moving on with its operations and adding wins to its belt. The exchange announced on Wednesday that it was partnering with Alchemy Pay to bring peer-to-peer (P2P) payments for crypto-fiat payments to over 2 million merchants globally, including e-commerce giant Shopify. The partnership will further Binance’s expansion into the crypto payment industry by allowing Binance Pay users to make and accept payments using over 40 supported cryptocurrencies.