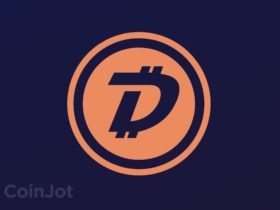 Battle-ridden Ukraine has received nearly $40 million worth of funds in cryptocurrency from investors willing to offer support to its military. As the battle events escalated over the past week, the Ukrainian officials posted requests on Twitter, asking the world to donate crypto funds to help the country fight the brutal invasion.

According to the recent data acquired from Elliptic, Ukraine has received nearly $35 million worth of donations in cryptocurrency that will reportedly be used to extend support to the nation’s military and non-profit organizations.

The crypto donations were first initiated at the request of Ukrainian government officials urging people and investors through Twitter to send funds via cryptocurrency which can be used to tighten forces and help the nation defend its borders.

A series of tweets were documented by people sent from official government handles listing their crypto wallet addresses (Bitcoin, Tether, Ethereum, Polkadot) urging people to transfer crypto funds. Since then the data acquired from Elliptic has tracked over $35 million worth of funds that have been sent to Ukraine via investors all around the world.

Additionally, the crypto transfer initiated in times of such serious crisis has sparked another debate, cautioning the global governments and authorities to evaluate crypto use cases in times of war and conflict.

The Biden administration has recently imposed several sanctions on Russia to limit its accessibility to leverage foreign capital, in such cases, regulators have expressed concerns stating that digital currencies could soon become a tool that could be used to bypass the government’s decision and break rules regarding illicit funding via crypto.

But it cannot be denied that cryptocurrency has also emerged as a successful ally to Ukraine by helping the nation in navigating the prevalent war crisis. Crypto crowdfunding has helped the nation strengthen its military and geographic frontiers to counter opposite forces, and at the same time demonstrated how cryptocurrency, in the long run, can help nations combat and navigate turbulent episodes of crisis in an efficient manner.