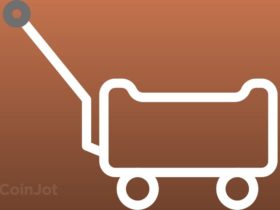 Intercom Co-founder and Chair Jumps Firmly Onto The ‘Bitcoin Wagon’

Cryptocurrency has been on a roll lately. It seems that every other day some big announcement is made about a large corporation embracing cryptocurrency on some level.

Tesla was one of the biggest stories of the year so far with its decision to accept bitcoin as a form of payment. Just recently, TIME Magazine announced that it would be accepting cryptocurrency for subscription payments.

Now, WeWork, a popular co-working service, has teamed up with Coinbase to expand upon the possible uses of cryptocurrency. It was announced on April 20, 2021, that WeWork will now begin accepting cryptocurrency payments.

This is not the first time that WeWork and Coinbase have teamed up as Coinbase officially became a member of WeWork in 2018. Now, this will be expanded upon as the company will hold cryptocurrency in its balance sheet and begin to pay third-party providers and landlords in cryptocurrency.

The cryptos that will be accepted moving forward are bitcoin, ethereum, Paxos, USD Coin, and a number of others. While this is more common these days, WeWork is going a step further by paying for the services it makes use of using digital currencies which further promotes cryptocurrency use overall.

Some companies accept cryptocurrency through third-party services and have the equivalent fiat currency paid to them but WeWork is clearly going a step further. According to WeWork CEO Sandeep Mathrani, the ability to evolve with the times is a part of the company’s business model.

“WeWork’s strength is in our ability to evolve and best meet the diverse needs of our members around the world. As our member base continues to grow in the fintech sector, so will our ability to adapt to their needs and service a new economy,” he said.

He added that the company is always seeking new ways to help members and cryptocurrency seems like a natural step in that direction as well as allowing customers to make payments that way. For now, embracing cryptocurrency seems to be an innovative move on the part of firms but if this trajectory continues, we might eventually be at a point where it is more unusual for a company to not accept cryptocurrency than the other way around.