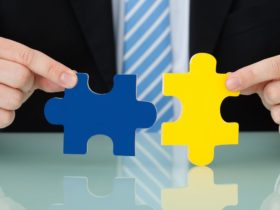 “Crypto is not a safe haven for criminals,” said Deputy Attorney General Lisa O. Monaco, after apprehending Ilya “Dutch” Lichtenstein and his wife Heather Morgan, both from New York. The charges are conspiracy to commit money laundering and conspiracy to defraud the United States. Both charges could lead to the utmost 25 years of imprisonment.

All roads lead to Rome

After the hack, the couple used extensive layering activity via the “peel chain technique”, which occurs when a large amount of cryptocurrency in one address is sent through a series of transactions with slightly smaller amounts and transferred to new addresses each time in crypto exchanges.

Moreover, the movements were performed via emails hosted overseas. The investigation also found that requests for additional movements were abandoned when KYC information was required, with the exchange platform consequently freezing the accounts, nonetheless, the balances were expeditiously removed just before the accounts were frozen.

Amongst other sophisticated laundering techniques allegedly utilized by the defendants are: the creation of online accounts with fictitious identities, computer programs to automate and disperse transactions in a short period of time, depositing stolen funds into accounts of multiple cryptocurrency exchanges and darknet markets and then withdrawing the funds, advanced obfuscation techniques commonly known as “chain hopping” which means converting bitcoin into enhanced anonymity virtual currencies and legitimizing banking activity through US-based business accounts.

The FinCEN interrogated Heather Morgan about the funds and activity after suspicious transactions were reported from a banking institution. Despite the efforts splitting BTC in multiple exchanges, the KYC compliance in Crypto exchange platforms reinforced within the last years, put the couple in nerves, seeking to move cryptocurrency to an institutional bank account, thus providing more evidence to prosecutors.

During the investigation, multiple agencies collaborated, for instance, the Field Office’s Cyber Crimes Unit, the IRS-CI in Washington DC, the FBI, Homeland Security Investigations-New York and assistance from the Ansbach Police Department in Germany.