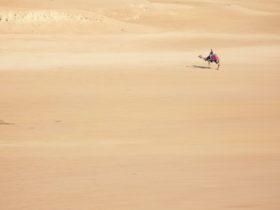 Coinbase, Inc.—America’s biggest cryptocurrency exchange—has announced plans to go public by a Direct Public Offering (DPO) on April 14 after its SEC S-1 Form was validated by the U.S. Securities and Exchange Commission.

The American cryptocurrency exchange platform revealed this development, further noting that its stock would trade under the ticker symbol “COIN” on Nasdaq.

In addition to this, the exchange also revealed plans to disclose its Q1 2021 estimated results on April 6 at 1:30 p.m. PT via a conference call; this is just days before it goes public.

However unconventional this is (because companies are oftentimes mum about their earnings immediately before going public), it would help investors in estimating the worth of its shares.

Just last month, the company hosted a three-day “ask us anything” conference on Reddit which was chaired by its executives.

Coinbase was launched in 2012 and has so far grown to be one of the top crypto exchanges in the United States.

Inasmuch as the exchange incurred a loss of $30 million in 2019 due to how poorly Bitcoin performed; according to a filing posted two months ago as a mandatory process of going public, it further saw a profit of $322 million in 2020 which was apparently majorly influenced by the Bitcoin bull run during the pandemic.

According to multiple reports, the company was valued at over $100 billion in a private market share early this year—a figure which David Trainer, CEO of New Constructs and Wall Street veteran claimed was “too high.”

In a Reuters report, Coinbase stated that private transactions of late had valued the company at an estimate of $68 billion this year.

Recall that according to a press release in March, Coinbase revealed it would be pushing back its plans to direct list to April.

Coinbase going public will mark a turning point for digital assets as this move would further influence greater publicity for the crypto world, generating more interest.

Traditionally, when a company aims to go public, it uses an Initial Public Offering in which it issues new stock shares, employs the services of underwriters who help sell the stock of the company going public, and oftentimes go through a “lock-up” period.

Nonetheless, in a Direct Public Offering, or Direct Listing, the company going public bypasses all of the aforesaid measures by directly selling its existing stock in the public market.